$20,000 has been distributed between four young performing artists in the 2015 Dame Malvina Major Foundation Christchurch Arts Excellence Awards, with support from the Canterbury Community Trust.

One further scholarship has been awarded under the auspices of the DMMF Christchurch committee.

James Buchanan (20), from St. Albans has been awarded $5,000. James will be studying for a Bachelor of Arts in Professional Music Theatre at the Arts Educational Schools London commencing September 2015.

Callahan Laird (14), from Burwood, has been awarded $5,000. Callahan has been accepted into Junior Associates and a Scholar for New Zealand School of Dance, Wellington majoring in Classical Ballet beginning in February 2016. He will continue his training at Levings School of Dance, Christchurch this year.

Hugh Roberts (23), a Christchurch flautist from Somerfield, returned to New Zealand to give a series of concerts for Chamber Music New Zealand with his chamber group, Mimosa Ensemble recently. Hugh has been awarded $5,000 to complete his fourth year of study towards a Bachelor of Music at the Royal Academy of Music in London.

Stephen Watson (19), from Upper Riccarton who has a MMusic with Distinction in piano performance has been awarded $5,000 for overseas study. He has been offered places at the Royal College of Music in London and at Barratt Due Institute, Oslo.

The Cecily Maccoll Scholarship of $1,000 has been granted to the UC Christchurch Youth Orchestra, at the Christchurch School of Music for master-class or mentoring purposes. 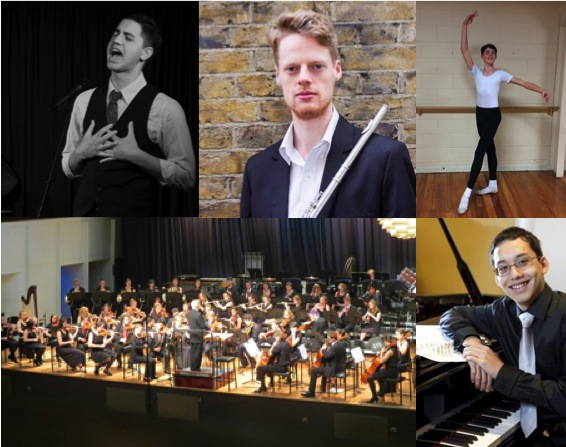