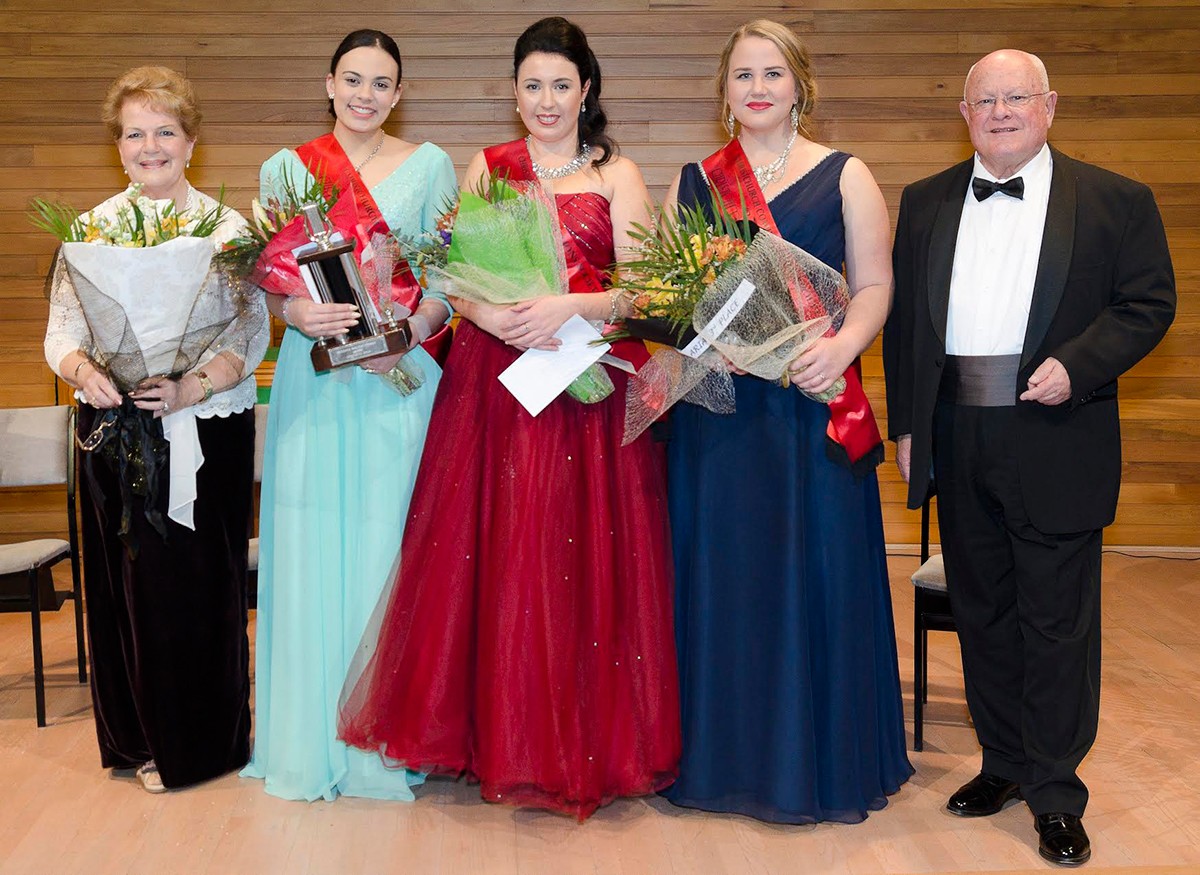 The Hamilton-based singer took out the $5,000 first prize ahead of a strong pool of finalists. Second place was awarded to Chelsea Dolman, with Eliza Boom in third place.

Organised by the Christchurch Competitions Society,  vocalists from across New Zealand performed in the preliminaries on Friday evening with six going through to the gala finals on Sunday night.

“Each and everyone of the competitors performed with distinction and their performances were adjudicated in degrees of applause and encouragement.”

Dame Malvina Major said she was thrilled with the performances of all the finalists and to see Madison’s rising star recognised.

“The opportunity for these talented young singers to perform – and to shine – in a competition such as this is invaluable as they prepare for professional careers. Congratulations to Madison, and to Chelsea and Eliza.”

Madison is a Dame Malvina Major Foundation Arts Excellence Award recipient and is currently studying with Dame Malvina at the University of Waikato. She was runner up in last year’s New Zealand Aria.