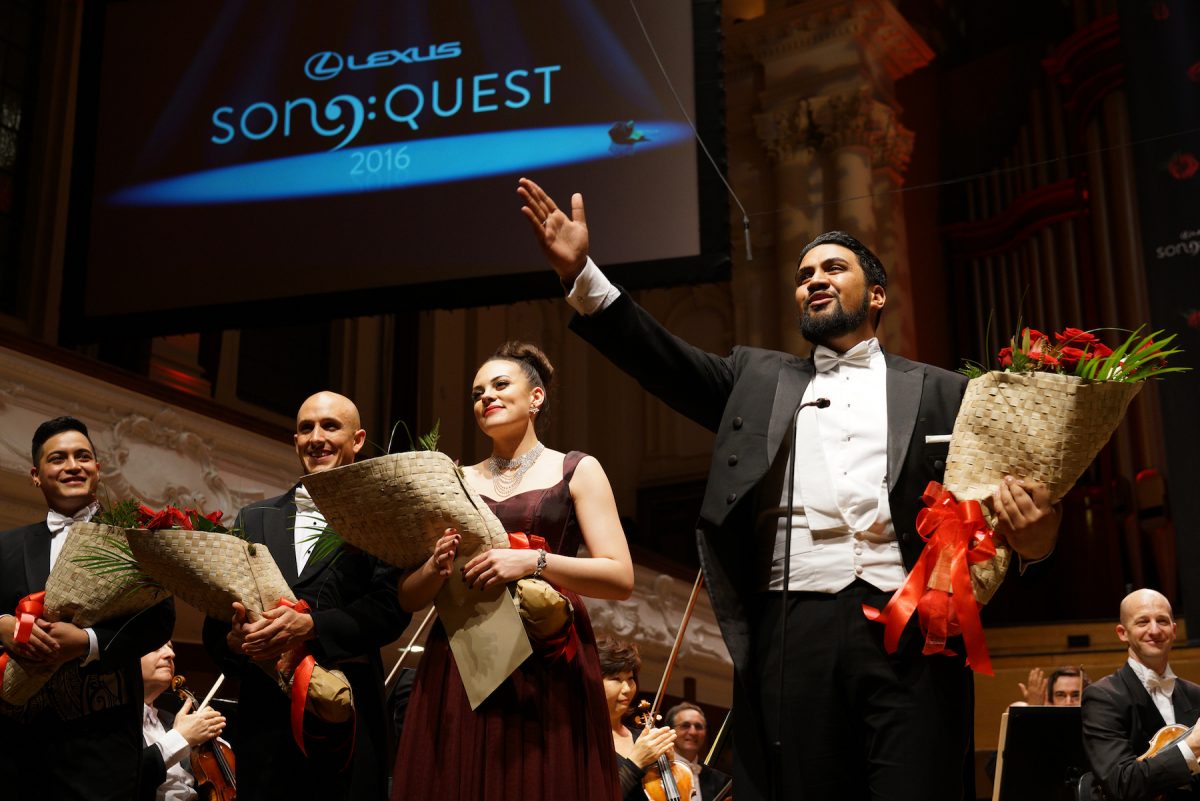 Benson Wilson (25) of Auckland has been named Lexus Song Quest winner at the Grand Final Gala at the Auckland Town Hall tonight.

The $15,000 Kiri Te Kanawa Foundation scholarship ‘for the singer who shows the most promise’ was also awarded to Madison Nonoa.

The four finalists each performed three pieces in front of a live audience – one accompanied by pianist Terence Dennis, and two arias alongside the New Zealand Symphony Orchestra, conducted by Edo de Waart.

Acclaimed soprano and International Lexus Song Quest Judge Yvonne Kenny said she had been impressed by all four “outstanding” finalists and that New Zealand could be “proud that the fine tradition of beautiful voices and refined singing continues.”

As winner of the 2016 Lexus Song Quest, Benson will receive a cash prize of $20,000 net and a Study Scholarship of $27,000, plus economy international travel up to the value of $3,000.  Benson said he was “blessed to receive this honour and was ready to step up to the challenge.”

“Lexus is thrilled to continue to support such talented young New Zealanders on a path that has taken the likes of Kiri Te Kanawa and Dame Malvina Major to some of the greatest opera houses in the world.  Tonight’s Grand Final at the Auckland Town Hall showcased four unique voices and characters, and Ms Kenny had an unenviable task in deciding the overall winner on the night.  We look forward to following the bright futures of Benson, Madison, Filipe and Tavis,” he said.

A wonderful afternoon at Government House