Christian’s news from the Big Apple 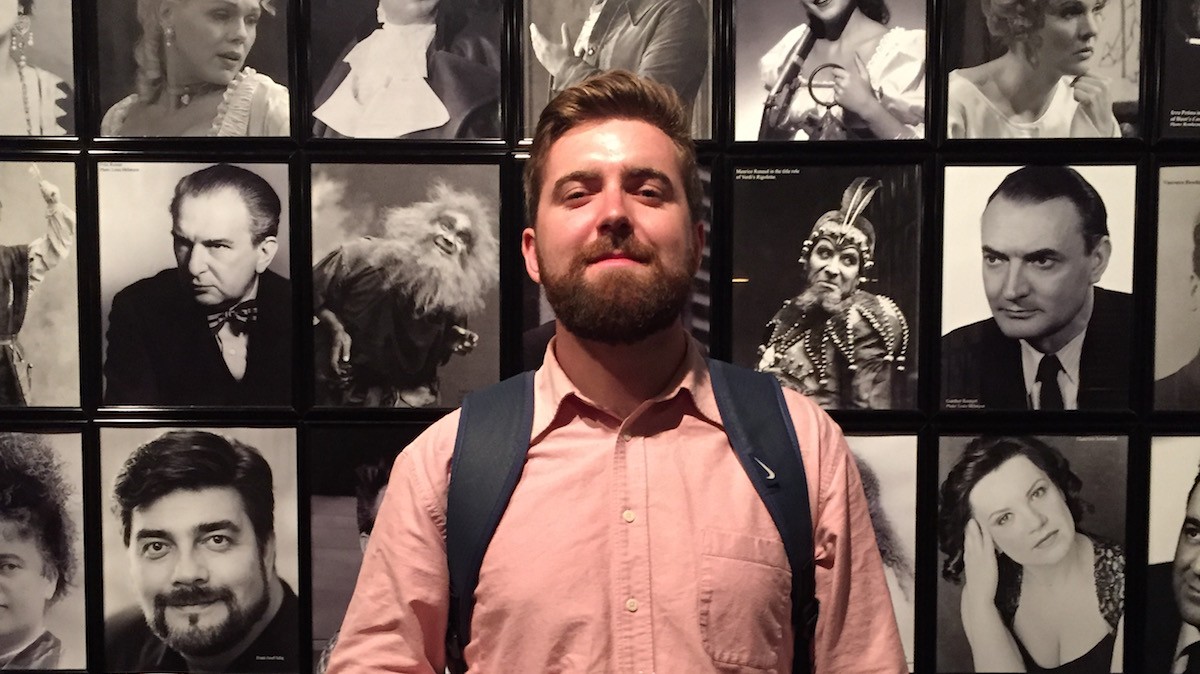 Former Dame Malvina Major Emerging Artist Christian Thurston is now a semester in to his studies at the Manhattan School of Music. He sent a recent update home.

As my first semester at the Manhattan School of Music comes to a close I can’t help but feel proud of what I have accomplished thus far. Though I’ve had a tough time finding somewhere suitable to live, I am now in my third apartment and feel like I am settled and able to make the most of the incredible opportunities that are available to me here in New York.

The day before I ventured off on my journey to the Big Apple I had the pleasure of performing in what turned out to be a very successful farewell concert in my hometown of Rotorua. With the enormous help and generosity of family and friends, I was able to have as guest singers Simon O’Neill and Richard Greager, two world class singers and great mentors to me. It was without a doubt the highlight of my career thus far to be able to sing with Simon and Richard to a packed Rotorua audience, and to be supported by sopranos and friends Chelsea Dolman and Katherine McIndoe.

On the first day at the Manhattan School of Music I auditioned successfully to join the Opera Department and was given the role of ‘Azolan’ in the Autumn production of Dangerous Liaisons by Conrad Susa. This was an extra special experience as my good friend and fellow New Zealand singer Oliver Sewell was given a lead role.

We later found out that the opening night cast, of which we were both included in, was going to be professionally recorded. This was a New York City premiere which is definitely a first for me!

As well as the Opera Department, there is an opera class that performs a semi staged production at the end of every semester and for this last semester this was Verdi’s Luisa Miller. Usually, performers who are in the main stage production are encouraged not to be in other operas at the same time, but the original baritone playing ‘Miller’ was struggling with the demanding range the role entails and I was asked to step in with only six weeks to learn the role. After much discussion with my teacher, James Morris, we decided it would be beneficial for me to learn the role. The short time frame, demanding music and my being in another opera at the same time made this the most challenging time of my four months in New York. However, everything worked out, the role sat perfectly in my voice and I have to say the music is really quite delicious! It was a privilege and a joy to sing such wonderful music.

The Metropolitan Opera was a huge draw card for me in choosing New York and it hasn’t disappointed. I have been to six operas since arriving as they thankfully have great student discounts there. I’ve seen James perform ‘Timur’ in Turandot (one of the last remaining Zeffirelli productions along with La Boheme) and ‘Scarpia’ in Tosca. After Tosca James invited me backstage for a catch up and to see how this great opera house works. Once I got through security, which was so strict that I felt like I was crossing an international border, I had a drink in James’ dressing room and, incredibly, met Placido Domingo and few other Opera stars. I felt like a kid in a candy shop and left the Met with the biggest grin on my face.

Lessons with James are going well and we get on like a house on fire. He always introduces me to people as the “baritone who studied with a great tenor” as he loves what Richard has done with my upper range. He tends to focus primarily on constriction and I think we are making significant progress. James has put me forward to audition for the baritone solo part in Carl Orff’s Carmina Burana at the Lincoln Centre next year with the NYC Master Chorale which would be great to be a part of.