Creativity in a time of coronavirus 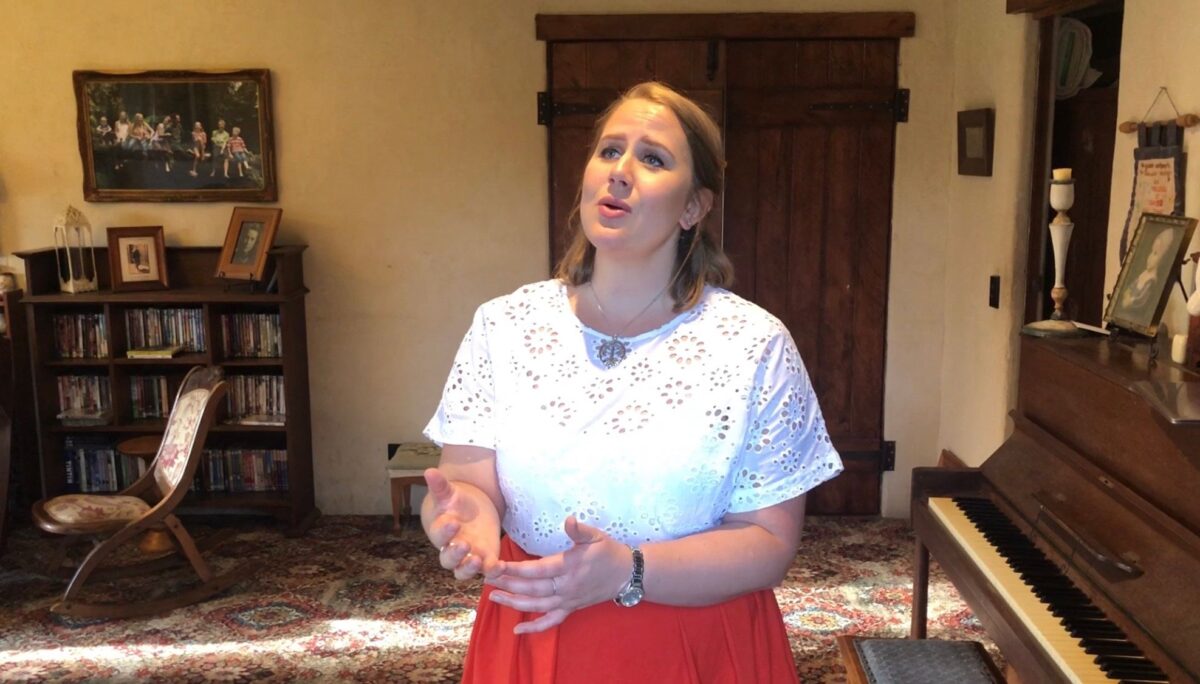 Eliza Boom performing from home for the ASC@Home competition

In a year that has seen the performing arts sector stopped in its tracks as the world reels from the COVID-19 pandemic, artists globally have found ways to adapt and carry on – including our Kiwi creatives.

Among them, singers Anna and Angus Simmons, who set up Opera in Giardino in level 3 lockdown, bringing live opera to local gardens and backyards in Tauranga while they waited for a return to ‘normal’. Wade Kernot and Emma Pearson also took music to the streets, setting up Avenue Opera to offer live classical music outside people’s Wellington homes, maintaining strict social distancing requirements.

And Eliza made the most of new opportunities to compete on a virtual global stage, winning the Classical & Opera and Musical Theatre categories of ASC@Home – the Australian Singing Competition’s response to the pandemic. The pivot online meant the competition reached a much larger pool of international singers – with seventeen countries represented in the 137 entries.

Many young artists were forced home during lockdown, returning from studies overseas and across New Zealand. But that didn’t mean they were idle, with lessons taken online. Among them, this year’s Dame Malvina Major Foundation Studio Artists, Anna Simmons, Harry Grigg and Felicity Tomkins, who continued their programme via the internet with weekly virtual voice lessons and language coaching, as well as special workshops with international experts.

New Zealand Opera also helped inspire COVID-19 creativity with their Echoes of History project. Deciding to dive into the history of opera being written and composed in Aotearoa throughout the years, they tasked three singers – Will King, Oliver Sewell and Eliza Boom – with researching historical New Zealand operas that had a personal connection and conceiving a filming concept, showcasing New Zealand beauty or landmarks. The resulting videos are available at nzopera.com/echoes-of-history

And performances continued, albeit in a different format. Tenor Filipe Manu, who remained in London, performed as a Jette Parker Young Artist in the Royal Opera’s Live in Concert event livestreamed from Covent Garden – the first event since it closed its doors to the public in March. And a number of Kiwi artists performed in the Tait Tuesdays At Home concerts, giving lockdown streaming concert performances from their homes in support of the Tait Emergency Relief Fund for Australian & New Zealand Artists.

From the regions – from grassroots to excellence