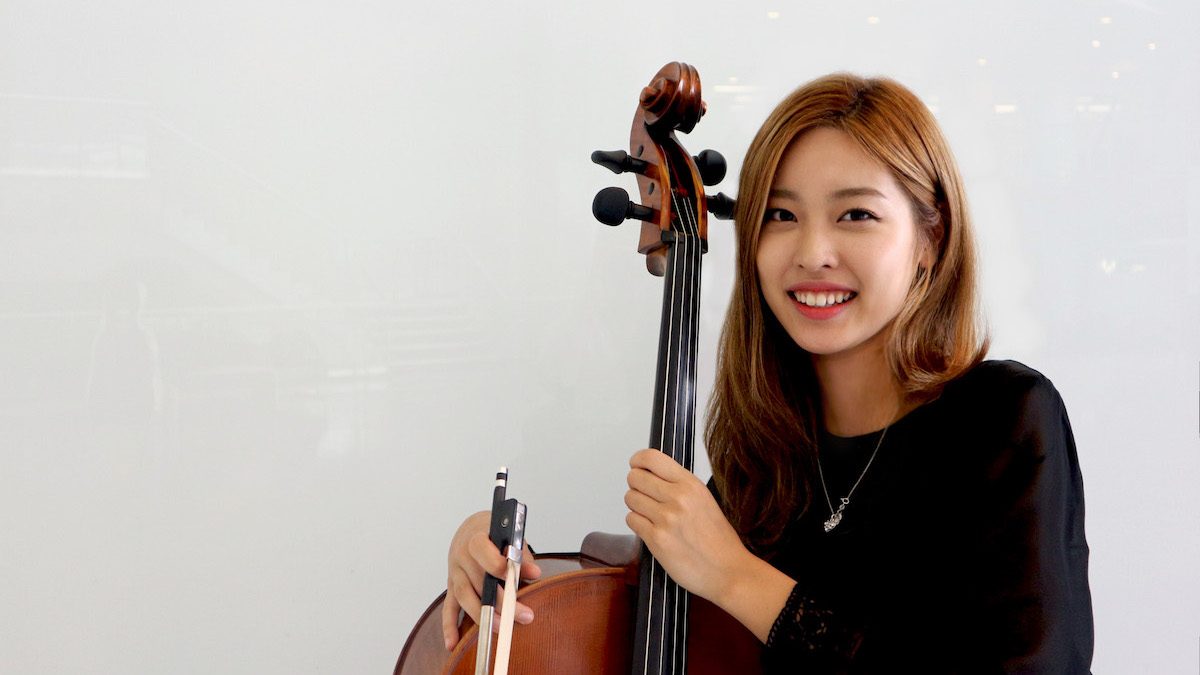 Cellist Sally Kim says winning a Dame Malvina Major Foundation Arts Excellence Award will help buy her time as she heads to the United States to further her studies.

The 23-year-old from Auckland’s North Shore was awarded $4,000 by the Auckland/Waikato Committee of the Dame Malvina Major Foundation as part of the Foundation’s wider programme to help talented young performing artists achieve their potential.

In August, Sally will move to Boston to start a Master of Music at the New England Conservatory, majoring in Performance Cello.

“The Dame Malvina Arts Excellence Award means so much to me. Instead of taking up more part-time jobs while studying to cover living costs, I am given more freedom to use my time for more studying and practicing.

“It really helps me immerse fully in music study, I truly appreciate the Foundation’s kind support.”

Sally started playing the cello at the age of six and has won numerous awards and accolades nationally and internationally. She completed Bachelor of Music with First Class Honours at the University of Auckland under Edith Salzmann. Sally was the 2017 Manchester Fellow with Auckland Philharmonia Orchestra and plays with Chamber Music New Zealand and in the Trinity Trio with her sisters.

The Dame Malvina Major Foundation Auckland/Waikato Committee also awarded $1,000 to soprano Sophie Sparrow towards her Master of Music in Performance (Voice) at the Royal College of Music in London.

Sophie, who was selected for the Dame Malvina Major Foundation Opera Studies Programme in 2017, says as a young up and coming singer, she is exploring every avenue to help fund the amazing opportunity to study at the Royal College of Music.

“I cannot thank the Foundation enough for their support over the years. Support like this really shows the amazing commitment the Dame Malvina Major Foundation has to helping young talent in New Zealand achieve excellence, to be the recipient of this award is a true honour.”

Independent adjudicator Robert Wiremu, Professional Teaching Fellow at the University of Auckland, said he was immensely impressed by the breadth and depth of talent displayed by all applicants.