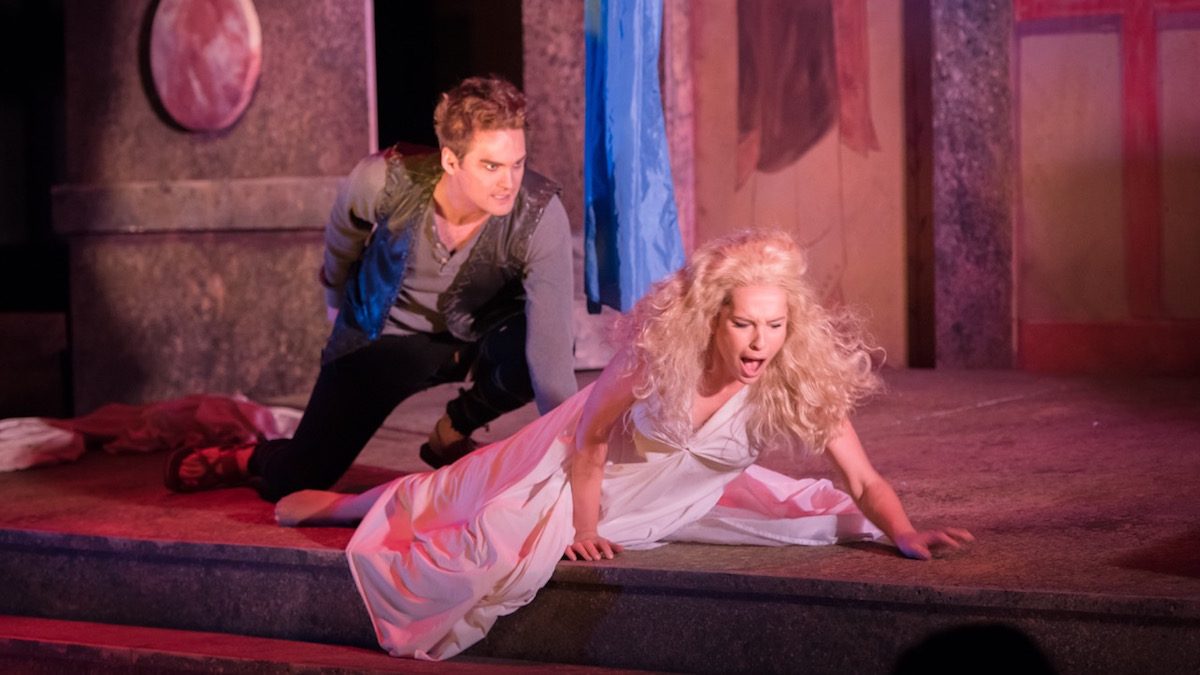 My first semester at the San Francisco Conservatory of Music was a great experience. I am very fortunate to have the opportunity to study under César Ulloa and look forward to every lesson.

He is truly inspiring with a huge depth of experience both as a teacher and a performer. His knowledge and experience of the male voice enables him to identify aspects of technique that I can strengthen and he helps me to develop appropriate strategies.

Earlier this month César returned once again to teach at The New Zealand Opera School in Whanganui. I am so pleased that New Zealand singers are being given the opportunity to work with such an incredible teacher. I have heard that a number of the students experienced tremendous technical breakthroughs this year and great progress was made by all who attended.

Life at the San Francisco Conservatory of Music is very different from my experience at the Guildhall. The programme is more tightly structured and formal. To make the most of the opportunity I have signed up for additional courses on overload, as they are all covered by my Scholarship. The classes in my first semester included: Acting, Theatrical Dance, Italian, Collaboration – Voice and Piano, and Vocal Performance. I am working hard and fortunately have so far managed to maintain straight As!

In addition to my formal classes, I recently performed the lead role of Tarquinius in the Fall Opera, The Rape of Lucretia by Benjamin Britten. This was a challenging role, not only due to the vocal requirements, but also dramatically and has provided lots of scope to develop and practice my acting skills. I really enjoyed performing the role, and only wish the season had been longer! I was fortunate to get a positive mention in the opening night review.

In the School’s forthcoming Spring Opera ‘Glory Denied’ by Tom Cipullo, I’ve been cast to perform the lead role of Older Thompson. For those of you not familiar with this work, it is based on the life history of Colonel Floyd James “Jim” Thompson, an army colonel who became the US’s longest held prisoner of war in Vietnam. I’m expecting the role to be very demanding as I will need to immerse myself deeply to effectively communicate the truly devastating impact of warfare.

During the first term, I had the privilege of participating in a week-long residency with Martin Katz, an American pianist, educator and conductor, primarily known for his work as an accompanist. Over his 30 years as a performer, Mr. Katz has accompanied such stars as Marilyn Horne, Cecilia Bartoli, Kathleen Battle, Dame Kiri Te Kanawa, Sylvia McNair, Frederica von Stade, Karita Mattila, David Daniels, and José Carreras. He has appeared on many of the world’s leading recital stages and recorded for many of the major record labels. Working with Mr. Katz reminded me of my time working with Rosemary Barnes and Sharolyn Kimmorley back in New Zealand and Australia – having worked with so much talent over their careers, they have so much knowledge to share. Following the completion of his residency, Martin held a public Masterclass, in which he invited me to perform. It was an honour to work with such an incredible artist and I learned much during the time we had together. I hope to work with him again in the near future.

To complement last semester’s classes in Theatrical Dance I enrolled in a class in Historical and Social Dance, which will be taught by Richard Powers. I am also looking forward to classes in Stage Combat, taught by none other than San Francisco Opera’s own fight director, David Maier.

The School has some excellent language teachers so I am planning to further my studies in French, German and Italian in the months ahead – the Italian classes were a real highlight in my first semester.

This coming term I will continue classes in Acting with Milissa Carey, with whom I have been working with closely since I arrived. Following ‘The Rape of Lucretia’ I met with Milissa to informally debrief and asked her to help me optimise what I can learn this semester. As some of you will already be aware, I am busy exploring options for the second half of 2018 and have several auditions lined up. César is working with me to identify opportunities and I will keep you posted if there is any news!