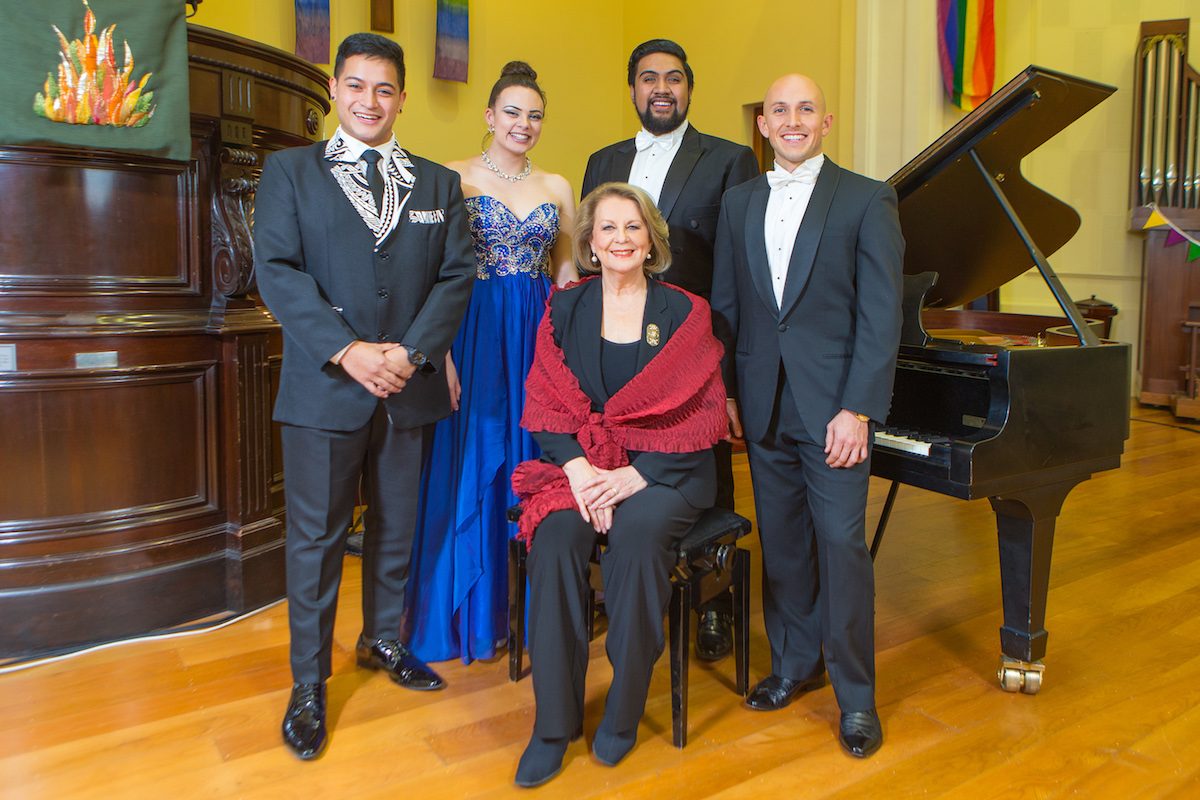 The battle to be crowned New Zealand’s most promising opera singer heated up in Wellington tonight, when four exceptional young singers were told they would be going through to the Lexus Song Quest Grand Final to be held in Auckland next weekend.

Esteemed judge Yvonne Kenny said she felt honoured to be part of the prestigious voice competition, and had been “very impressed by all ten semi-finalists”.  Factors she considered when deciding on the final four however, “had to take in the whole picture” and included not just “the beauty of an individual voice” but “where a contestant was on their journey, as well as whether they had that indefinable something that you can’t really describe,” she said.

The winner of the Lexus Song Quest 2016 will be decided at the Grand Final Gala at the Auckland Town Hall on 23 July where the four perform alongside the New Zealand SymphonyOrchestra.

Andrew Davis, General Manager of Marketing of Lexus New Zealand, said he wished the four contestants all the very best for the Grand Final Gala, a glittering evening widely considered to be of the most exciting nights on Aotearoa’s classical calendar. “We are looking forward to seeing the four finalists deliver what I’m sure will be an exhilarating performance at this weekend’s final and we congratulate them on their journey to step out into the international spotlight,” he said.

Celebrating its 60th anniversary this year, the iconic New Zealand singing competition has launched the careers of some of New Zealand’s most celebrated singers, from Dames Kiri Te Kanawa and Malvina Major to Jonathan Lemalu and Amitai Pati.

Filipe Manu (Auckland)
Tenor
Filipe holds an ATCL Diploma through Trinity College London and is completing postgraduate study at the University of Waikato as a Sir Edmund Hillary Scholar. Filipe has been a student at the New Zealand Opera School since 2013 and was named 2014’s New Zealand Young Performer of the Year. He was a finalist in the New Zealand Aria that same year and in 2015 was named a Dame Malvina Major Emerging Artist with New Zealand Opera. Filipe regularly sings in the New Zealand Opera Chorus and has sung lead tenor roles in the Barber of Seville and the Elixir of Love in the company’s schools adapted productions.

Madison Nonoa (Hamilton)
Soprano
Madison has a Bachelor of Music with first-class honours from the University of Auckland. She is a Sir Edmund Hillary Scholar at the University of Waikato, where she is studying French and German.  A Dame Malvina Major Emerging Artist with New Zealand Opera, she this year performs Papagena in The Magic Flute. She is a former member of the New Zealand Youth Choir, an alumna of the New Zealand Opera School and New Zealand Singing School and has been a finalist and winner of many aria competitions around the country. In the 2014 Lexus Song Quest, Madison was the youngest semi-finalist and RNZ Concert Listeners’ Choice Award winner.

Tavis Gravatt (Auckland)
Bass Baritone
After singing lead and supporting roles with Auckland’s Opera Factory, in 2010 Tavis won the Becroft Operatic Aria category in the North Shore singing competitions, which granted him entry to the McDonald’s Operatic Aria Competition in Sydney, where he reached the quarter-finals. A few years later he placed third in the final of the New Zealand Aria Competition.  At present he sings with the New Zealand Opera Chorus and performs in concerts around New Zealand while holding down a professional business position at Fisher & Paykel Healthcare.

Benson Wilson (Auckland)
Baritone
Benson Wilson completed his Bachelor of Music with honours at the end of 2014 at the University of Auckland. Earlier this year, he debuted in his first principal operatic role as Schaunard in La Boheme with Festival Opera in Napier. In 2014, while still a student, he came second in the Lexus Song Quest, while last year he was third in the New Zealand Aria Competition and a finalist in the North Shore Aria Competition. In the finals of last year’s IFAC Australian Singing Competition, Benson won three major prizes, one of which allows him to study at the Guildhall School of Music and Drama in London.