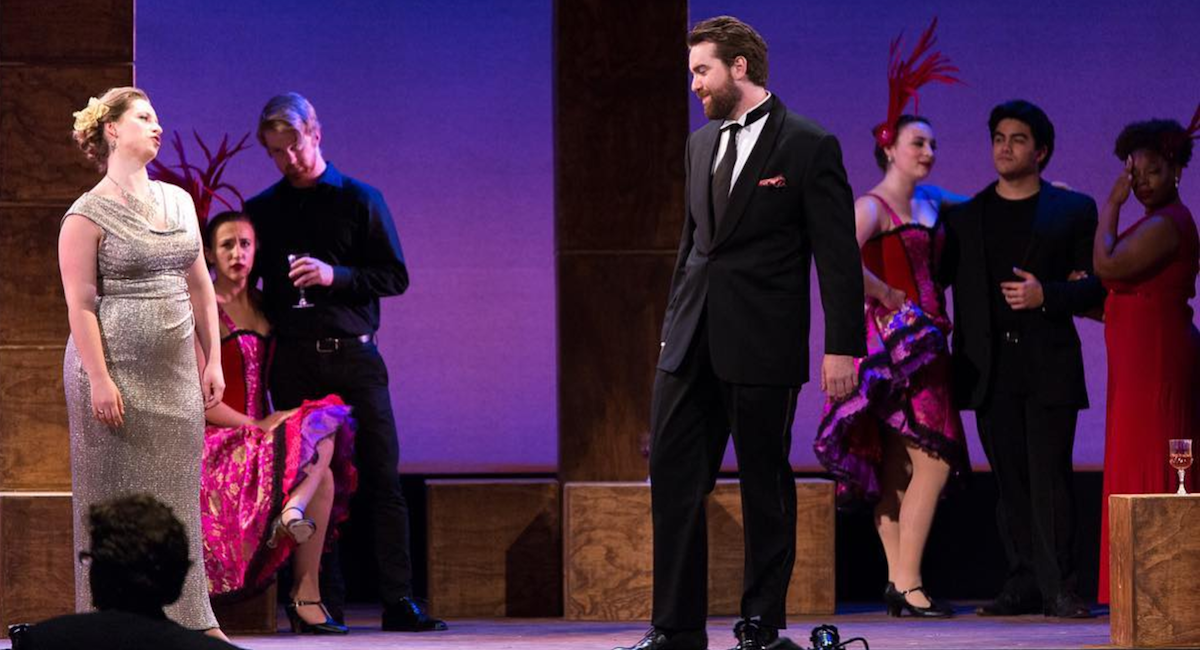 Former Dame Malvina Major Emerging Artist Christian Thurston has now completed his studies at the Manhattan School of Music and is about to start an exciting new chapter as a Resident Artist at the prestigious Minnesota Opera.

“What a busy time it has been! My sincere apologies for the large gap between this update and my last – but you won’t be disappointed with the amount that I have managed to accomplish!

My final year of my masters at Manhattan School of Music began in September 2016, when I successfully auditioned to join the coveted Opera Scenes programme. I was given the role of ‘Danilo’ in Lehar’s The Merry Widow, through which I came to realise that the Operetta style suits my voice and liking well.

I received an encouragement award from the Metropolitan Opera National Council Auditions called the Guida-LaCamera Award. This was a very exciting acknowledgement that my development was continuing to take me in a good direction.

In early February 2017 I was selected to sing a Mozart trio from Le Nozze di Figaro in a Masterclass with Jane Glover. Jane Glover is a British-born conductor and chamber scholar who has conducted all over the globe and is particularly known for her interpretations of Mozart. The masterclass involved a public session with her along with 3 other groups from MSM. It was a real pleasure to work so closely and intensely with someone of Jane’s standing in the international musical community, and I was struck by how down-to-earth she was.

A significant highlight from the year was being selected to sing for Thomas Hampson in a masterclass in March, that was broadcasted live around the world. To sing for someone with a similar voice type to me who is enjoying such a successful career and is currently considered one of the great baritones was a real treat. He worked a lot on posture and creating space for the sound that is more related to an ‘Oh’ vowel rather than an ‘Ah’ vowel. I found this in particular to be very interesting and helpful in my recent performances and practise.

Moving on to the second semester, I was lucky enough to perform in two MSM operas. The first, The Cunning Little Vixen (Janáček) as ‘Harašta, the poacher’, and the second, Der Zigeunerbaron (Strauss II) as ‘Count Homonay’. Cunning Little Vixen was a real learning curve for me, as it was in English and not the original Czech. It was reviewed very well by the New York City Observer – amazingly in the same article as Netrebko’s Met performance of ‘Eugene Onegin’. Reviewer James Jorden wrote: “ A standout was Christian Thurston in a small but vital role… his rich baritone sounding more than ready for prime time. With singers like Thurston… currently on the cusp, it’s easy to feel optimistic about the future of opera… in the not too distant future, [he] may be rivalling Anna Netrebko at the box office.” You can view the full article here.

I finished up my year at MSM with the MainStage production of Der Zigeunerbaron. It was a real pleasure to work with such a professional creative team, including a conductor from Adelaide who has conducted the NZSO in my hometown of Rotorua – Kynan Johns. The role of ‘Count Homonay’ suited me well, with plenty of top G’s and A’s, and it was a wonderful way to end my time studying at the Manhattan School of Music.

To really finish off my studies, I completed a 70 minute solo recital, numerous written and oral exams in various languages, theory and piano tests, received an award at Graduation for 3rd place in the prestigious Alan M and Joan Taub Ades vocal competition given to singers with “outstanding talent and strong potential for careers in opera” and several coaching sessions with Craig Rutenberg. Craig was Head of Music at the Metropolitan Opera from 2006-2015. Craig was inspirational to say the least and demanded excellence through innovative and thought provoking techniques.

I am very pleased and proud to announce that after a successful audition in November 2016, I have accepted a position as a Resident Artist at the prestigious Minnesota Opera for the 2017-2018 season. The Minnesota Opera is the 13th largest opera company in the USA, and as “one of North America’s premier training programs, the Minnesota Opera Resident Artist program offers a full season of employment for singers beginning their professional careers.” In this position I will be covering many lead roles as well as performing supporting roles, for a total of five full-scale operas. A significant highlight will be performing the role of ‘Count Almaviva’ in Mozart’s Le Nozze di Figaro twice in November this year. This will be my professional MainStage debut and I am incredibly excited. This excitement was heightened by a very recent visit to the city of Minneapolis to meet with the company and to see their final show of the season, Puccini’s La Bohème. I was struck by the beauty and quality of the theatre in the city of St Paul, not to mention the outstanding calibre of the performers on the stage. With a venue that is able to seat 1800 so comfortably and with such an incredible sound, Opera just seemed to make so much sense in this space.

I come home to New Zealand mid-June to see the Maori All Blacks v Lions game in Rotorua (and to sort out my new visa), and will make the move to Minnesota in August. Until then you can find me frantically learning scores for the upcoming season!

I hope this letter finds you well, and thank you for your ongoing support – it is a real pleasure to be able to report back with such positivity. I’ve loved my time in New York and I am excited for the next chapter!”