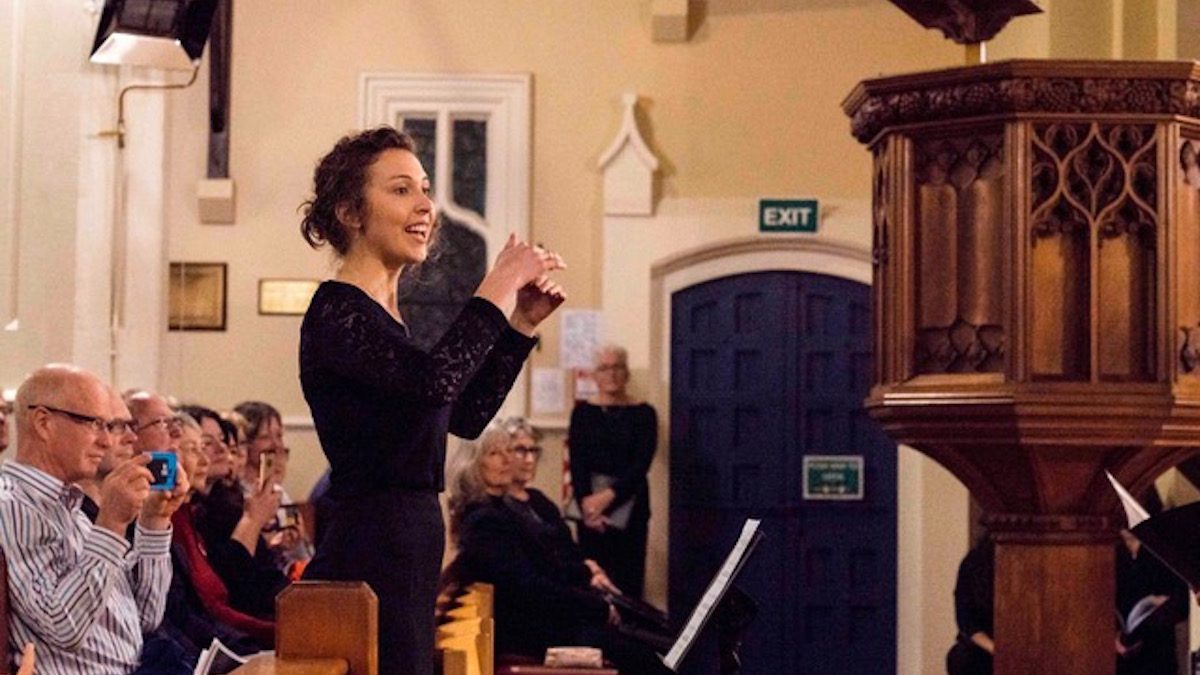 Hamilton singing teacher and children’s community choir director Hannah Bryant has been awarded the Sir Howard Morrison Vocal Scholarship to continue to study under the tutelage of Dame Malvina Major.

Originally from Auckland, Hannah moved to Hamilton in 2017, and is an active member of the local music community, as founder and director of a children’s choir and a soloist and chorister with the Hamilton Civic Choir, Vox Baroque ensemble and the Cathedral Choir of St Peters Cathedral. Hannah is studying towards a Licentiate of Trinity College London Diploma of Singing and a Graduate Diploma of Teaching in Secondary schools from Waikato University.

Hannah says she feels most fortunate to be supported in her own musical development, which in turn inspires her work as an active music educator and director of a flourishing children’s choir.

“Teachers must be learners, and I feel very privileged to have the support of a foundation so committed to the development of both the educators and performing artists of New Zealand.

“Dame Malvina Major’s warm encouragement and instilment of self-belief in me renewed my motivation to gain an LTCL Diploma of Singing, perform with confidence, and to see how essential it is that young teachers like myself can provide high quality teaching in our communities.”

Dame Malvina says it is a privilege and pleasure to teach such a promising teacher.

“Hannah is a talented vocalist and teacher. She has so much potential to nurture and grow the next generation and is a very worthy recipient of an award that celebrates Sir Howard Morrison’s legacy.”