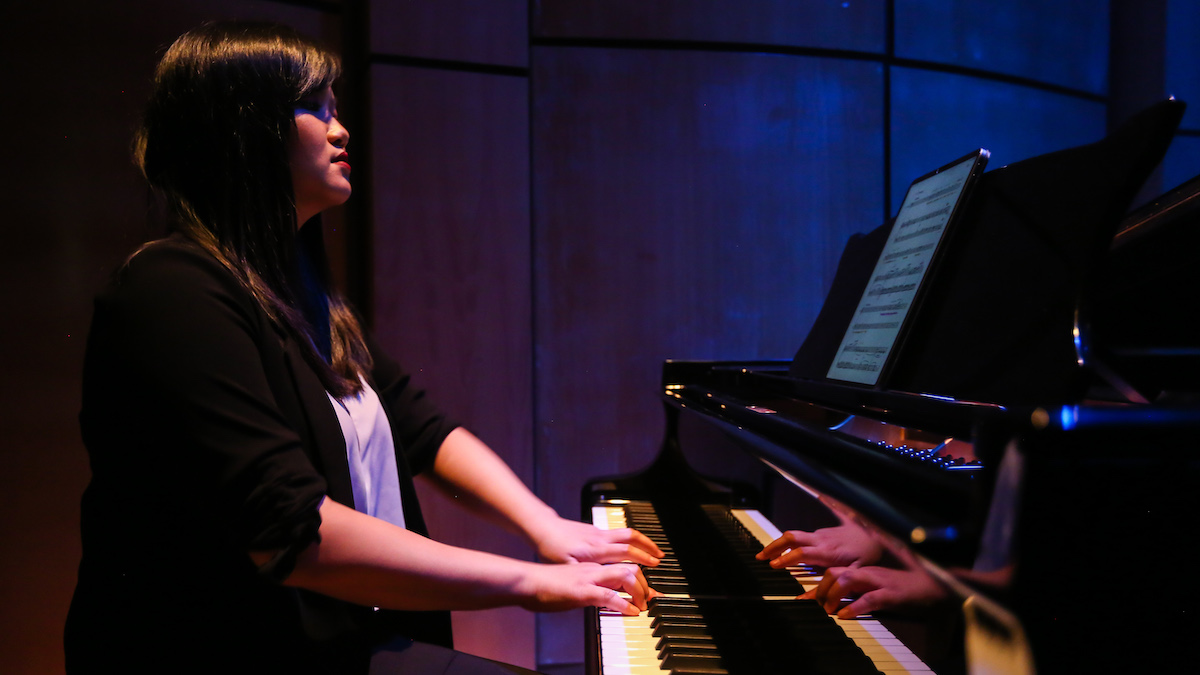 Kia ora from the UK! I am thrilled to be able to share with the Dame Malvina Major Foundation that I have completed my Master of Music in Repetiteurship at the Royal Conservatoire of Scotland’s Alexander Gibson Opera School. I am incredible grateful to have been a recipient of the DMMF Auckland/Waikato Arts Excellence Awards in 2019 and 2020, not only for the crucial part of my fundraising the two awards formed, but also for the DMMF’s belief in my potential as a collaborative pianist, vocal coach, and répétiteur. I am overjoyed to let you know that your support has not gone in vain, and to share with you what has been going on in the past two years.

My training at RCS AGOS began with a set of opera scenes, swiftly followed by Kurt Weill’s Die Dreigroschenoper, all alongside playing for weekly classes and coachings, visiting coaches, auditions for opera companies and agents, workshops with Scottish Opera, and singing competitions. I can safely say that I have never worked so hard and learnt so much, so quickly in my life so far… and then, we had just finished our first week of production of Dialogues des Carmélites when Covid struck, everyone travelled home near or far in a hurry, and the rest was history. We had an online term filled with excellent career talks from conductors, directors, singers, and pianists on the international stage, a ‘zoom production’ of L’Incoronazione di Poppea, and I successfully auditioned for British Youth Opera’s Les Mamelles de Tirésias which was inevitably cancelled later.

After what we thought must be the end of Covid-impacts, my second year began with a lunchtime concert with soprano Alycia Hayes at the University of St Andrews’ Laidlaw Music Centre, a socially-distanced production of Giulio Cesare, and a series of masterclasses given by Giselle Allen, John Graham-Hall, Nicky Spence, Christopher Purves, and Jean Rigby (masterclass with Susan Bullock cancelled due to lockdown). By December, Giulio Cesare had become fully-staged which we planned to film for streaming in January, however, over the Christmas-New year break, Covid struck again. Shortly after the cancellation of Giulio Cesare, came the axe on Flight, L’Enfant et les Sortilèges (with BBC Scottish Symphony Orchestra), and Impressions de Pelléas. Despite consecutive lockdowns that lasted for almost six months, the Scottish regulations meant that I was able to continue vocal coachings and make performance recordings. Some highlights in this time are winning the Elgar/Spedding Memorial Lieder Prize with my duo partner James Quilligan, learning La Bohème, and completing an A1 German course. As Spring sprung and lockdown restrictions slowly eased, I concluded my training at RCS with two sets of opera scenes, each featuring substantial scenes from core operatic repertoire, performed to a limited number of audience. These two years were unlike anything anyone thought it would be, but it was still times that undoubtedly helped me make progresses beyond my expectations.

After recounting the events of the past two years, I am delighted to share with you the fruits that has yielded! First, I have temporarily relocated to London to work as a répétiteur for L’Occasione fa il ladro with British Youth Opera, performing at Opera Holland Park this August. Following this, I will be returning to Glasgow and joining the RCS Alexander Gibson Opera School’s staff team as a vocal coach, where our 2021-22 season will consist of Les Enfants Terribles, Hänsel und Gretel, and a renewed attempt at Flight. The upcoming year may also see me working on some other exciting projects around the UK — none I can publicly announce yet — but do stay tuned!