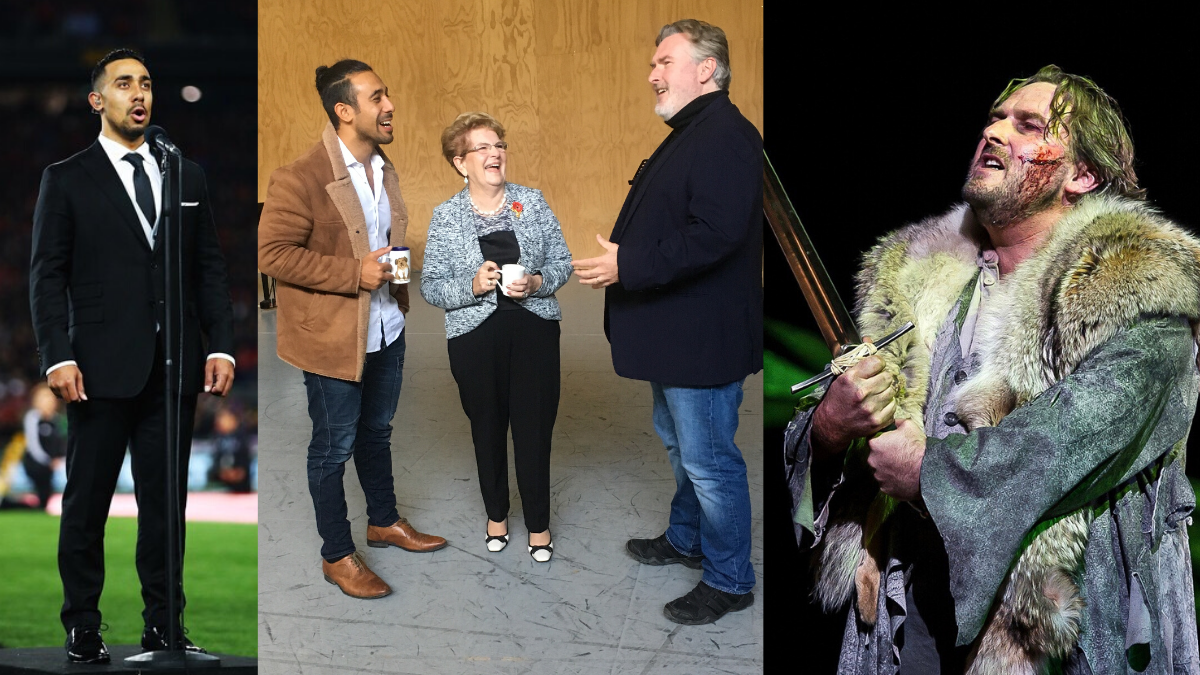 Two well-known and well-loved figures of the New Zealand opera scene came together earlier this year to share their appreciation for Dame Malvina and the impact she has had through her Foundation.

“At the time I was looking for opportunities to perform. What the programme provided was a solid foundation surrounded by the right coaches – a different world that I could be part of. It provided possibility, what could be.”

The 29-year-old has gone on to achieve more than many manage in a lifetime. Sol3 Mio’s debut album spent 16 weeks at number one and the group was awarded New Zealand Music Awards Album of the Year, Best Group and Highest Selling New Zealand Album three years running.

He says there is no one else like Dame Malvina here in New Zealand.

“She was the first person that I came across who saw me. Not as an opera singer, not as someone who could be the top choral singer, but as a performer. She told me it was the performing that she loved too. And from that, we were connected – I saw her and she saw me.”

He says that as a country, we punch above our weight in performing arts. “So to have someone like Dame Malvina, who sees that and is willing to really nurture that opportunity for a lot of youngsters coming through, that’s something a lot of other countries don’t have.”

Simon O’Neill also attributes his success to being spotted by Dame Malvina. The international star tenor plays to sold out audiences on some of the biggest opera stages globally but remembers when he was lucky to get a solo line in the choir.

Studying classical music at the University of Otago back in the early 1990s, the brass and piano player was also part of the national youth choir and admits to having “a voice, or at least a potential voice.

“Dame Malvina heard me and invited me to come on a nationwide tour with her and Richard Greager. They were the established artists, and Karen Heathcote and myself were the two young artists. So it started there, and I’m so grateful for that,” says Simon.

He says the Foundation is an absolute pillar of vocal development for our country and we need to keep it there.

“The Foundation has been unbelievably generous to a huge number of young opera singers and pianists in our country. It’s important to hang on to that legacy.”

This article was originally published in our Summer 2019/20 edition of Rhapsody. Download the pdf.