Sophie Sparrow: Spring is in the air 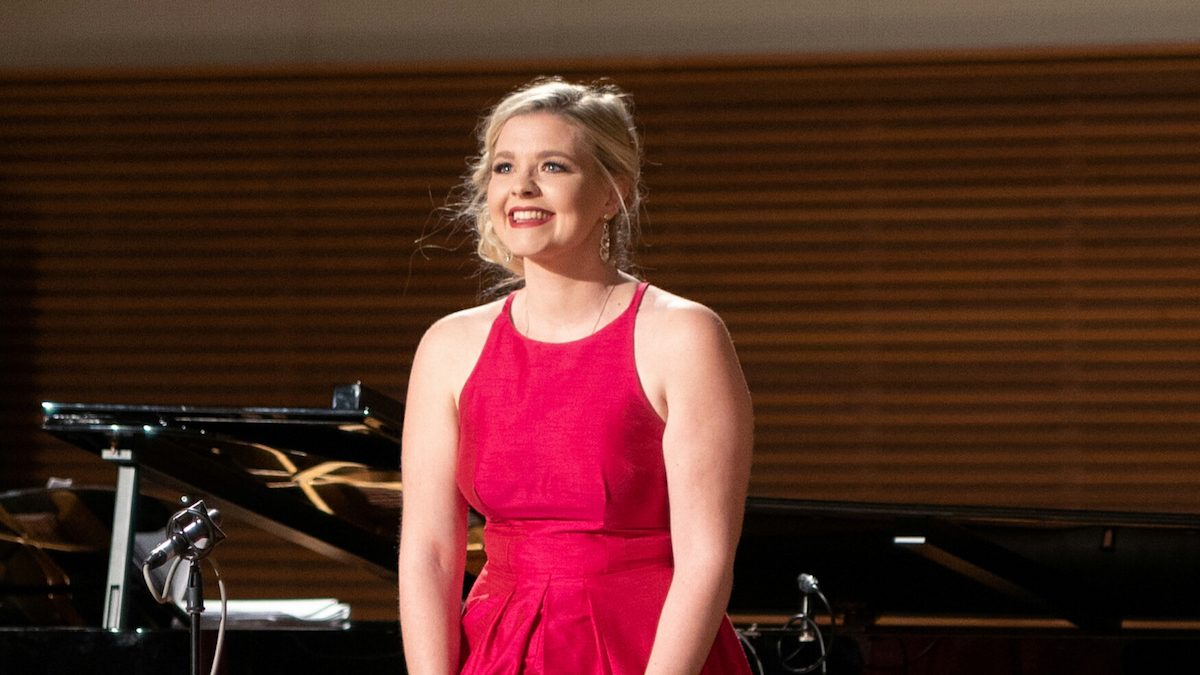 Soprano Sophie Sparrow has just come to the end of her first year of a Master’s of Music in Performance (Voice) at the Guildhall School of Music and Drama.

What a year it has been! Ever since I found out I was going to continue my studies overseas I have been on an incredible rollercoaster. No one said it would be easy to raise the first year’s worth of funding for a two-year Masters programme abroad and move half way across the world, but with the help of so many amazing generous people, I made it to London!

Living in London and studying at Guildhall have really exceeded my expectations, from the big city vibes, to being back in a conservatoire singing every day – not to mention the culture shock. To be honest, I really thought it would be a lot like living in a large city in New Zealand, but it has been quite a bit more than that. Early on, I realised that it would take some time to adjust, and that that was okay. But once I found my feet at the end of last year, I felt I could truly get a lot out of the course at Guildhall, living in London, and at Goodenough College. This time is for me to take the bull by its horns and learn, strive, and become the best singer and performer I can be.

Being at the Guildhall School of Music and Drama has truly been incredible: with some of the greatest facilities and teaching staff in the world, the opportunities are invaluable. The two-year Guildhall Artist Masters provides students with the platform and teaching environment to discover every avenue of artistic expression and training while being in a supportive and collaborative atmosphere. This year I have been working one-to-one with my teachers Yvonne Kenny and Marcus van den Akker, as well as with world-renowned vocal coaches, and have been honing my skills in movement and drama classes, and opera and song projects.

During my time at Guildhall thus far I have been selected for many incredible opportunities to perform and learn with fantastic musicians and coaches. At the end of last year, I was selected to perform in a masterclass with Dame Emma Kirkby, one of my favourite baroque sopranos, through the Historical Performance Department. I have performed in two concerts in the Milton Court Concert Hall at the Guildhall School of Music and Drama, learning a wide range of song repertoire with leading coaches. The first of these concerts, which was within four weeks of arriving in London, was a recital of French mélodies, ‘Songs at Six: Debussy Project – Passions’, working with American pianist and vocal coach Dr Bretton Brown. The second concert was ‘Songs at Six: Heinrich Heine in Song’. In a recital curated by world-renowned pianist and accompanist Eugene Asti, Guildhall pianists and singers performed settings of Heinrich Heine’s poems by lieder composers of the 19th and 20th centuries.

As well as learning and performing song repertoire, I have had the chance to work on operatic style and technique in productions of opera scenes. The first of these productions was for the Historical Performance Department, in which I performed in scenes from Agrippina (Handel) as Agrippina, and Armide (Lully) as Sidone. I was also selected to perform in the opera scenes directed by Simon Iorio with musical director Clive Timms. I performed Gilda in the famous Act III quartet “Bella figlia dell’amore” from Rigoletto (Verdi). I then had the opportunity to perform one of Marie’s major scenes from Donizetti’s La fille du régiment: her famous Act I aria “Chacun le sait”, and accompanying chorus scene. These scenes brought me great joy to sing as they have always been roles that I have wanted to perform.

It has also been a busy year of music at Goodenough College where I live alongside many other New Zealand singers and musicians. Early into living at Goodenough, the College hosted an Evening of Opera for the Foundation for Australia and New Zealand Arts (FANZA) where New Zealand and Australian musicians performed to a full house in Goodenough College’s Great Hall. My fellow New Zealand ladies and I have also sung in countless concerts with the all-female vocal ensemble, ‘The Good-Sirens’, performing Pergolesi’s Stabat Mater with small ensemble, and Ceremony of Carols with harp by candlelight.

I am very excited for all the wonderful things coming up in May and June, such as my final recital and the opportunity to perform at one of London’s leading and most celebrated concert halls, Wigmore Hall (not once, but twice!). The first performance will be as part of the Guildhall ‘Voiceworks’ project, which involves selected singers collaborating with composers and librettists on a new work, which is then debuted at Wigmore Hall. The second time will be a public masterclass with the world-renowned soprano Sumi Jo, whom I have watched perform my favourite arias since I was 14 years old.

A wonderful thing about studying at the Guildhall School of Music and Drama is having the opportunity to collaborate with international artists. At the end of May, I will perform in Dido and Aeneas (Handel) as the First Witch at the Maulbronn Monastery Festival in Baden-Württemberg, Germany. This will be performed with the Baroque Orchestra Karlsruhe conducted by Sebastian Eberhardt and directed and choreographed by Guildhall colleague and countertenor, Nils Wanderer.

There are many more exciting things to come over this summer break in New Zealand to prepare for my second year at the Guildhall School, but for now that is all from me.

Thank you everyone for your support and guidance: I am so thankful to be in London studying at the Guildhall School of Music and Drama, and cannot adequately express my gratitude to everyone who has supported me in getting here. I feel so lucky to be here and am beyond grateful for such an unbelievable opportunity.