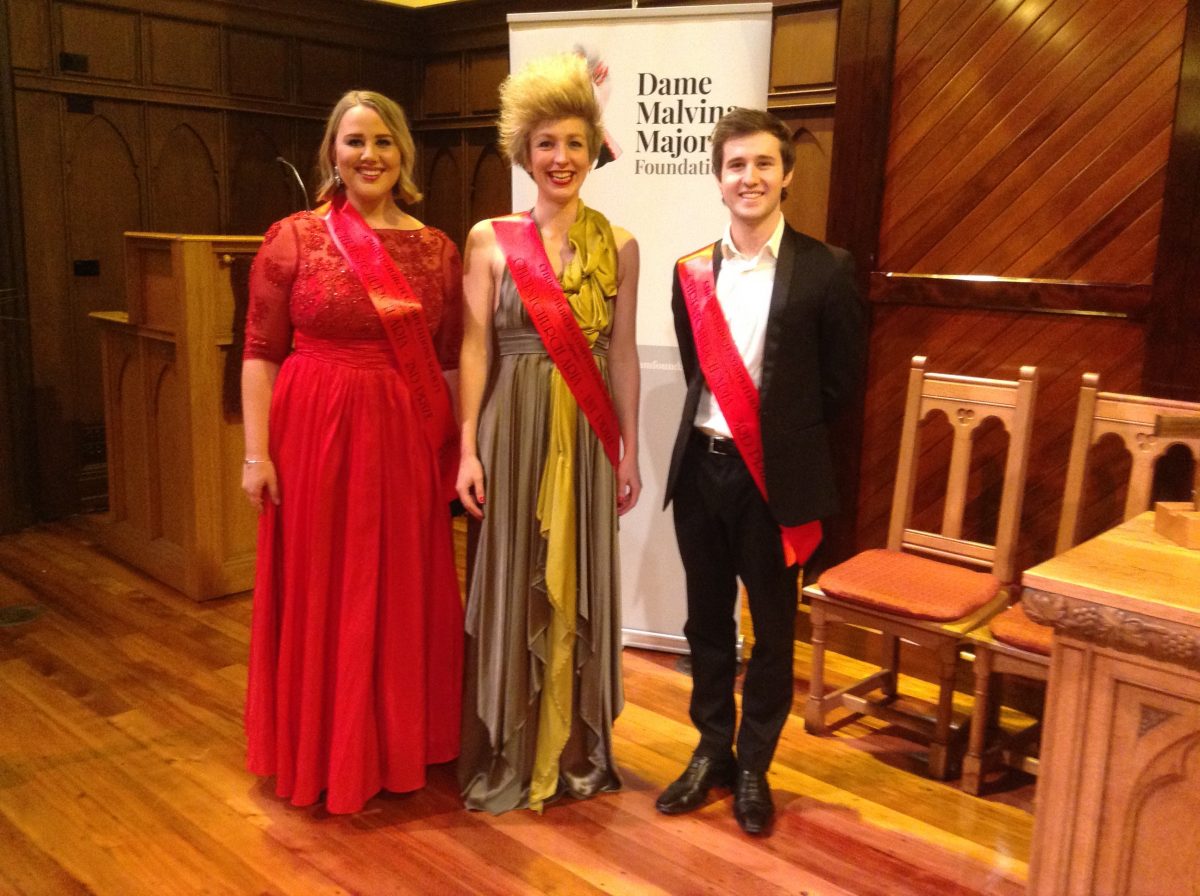 The Christchurch-raised singer took out the $5,000 first prize with second place awarded to soprano Eliza Boom and third to baritone Angus Simmons.

Sydney-based adjudicator Luise Napier, who will judge New Zealand Aria, was impressed with the standard of the competitors. In her summing up of the eight finalists’ performances she said she had found it almost impossible to separate the placings, as they had all performed to such a high standard and were all technically able. Consequently, she had indulged her own personal choice.

Chair of the Dame Malvina Major Foundation Christchurch Committee Anna Midgley said she was personally delighted to see Elisabeth win, as were the audience.

“Elisabeth grew up in Christchurch and was a member of Canterbury Opera Youth. This was her night.”

Keen to help young performers like Elisabeth achieve their potential?

There are a range of ways you can “share the dream” – from making a regular or one-off donation, to leaving a bequest or sponsoring a scholarship or prize.  Find out more