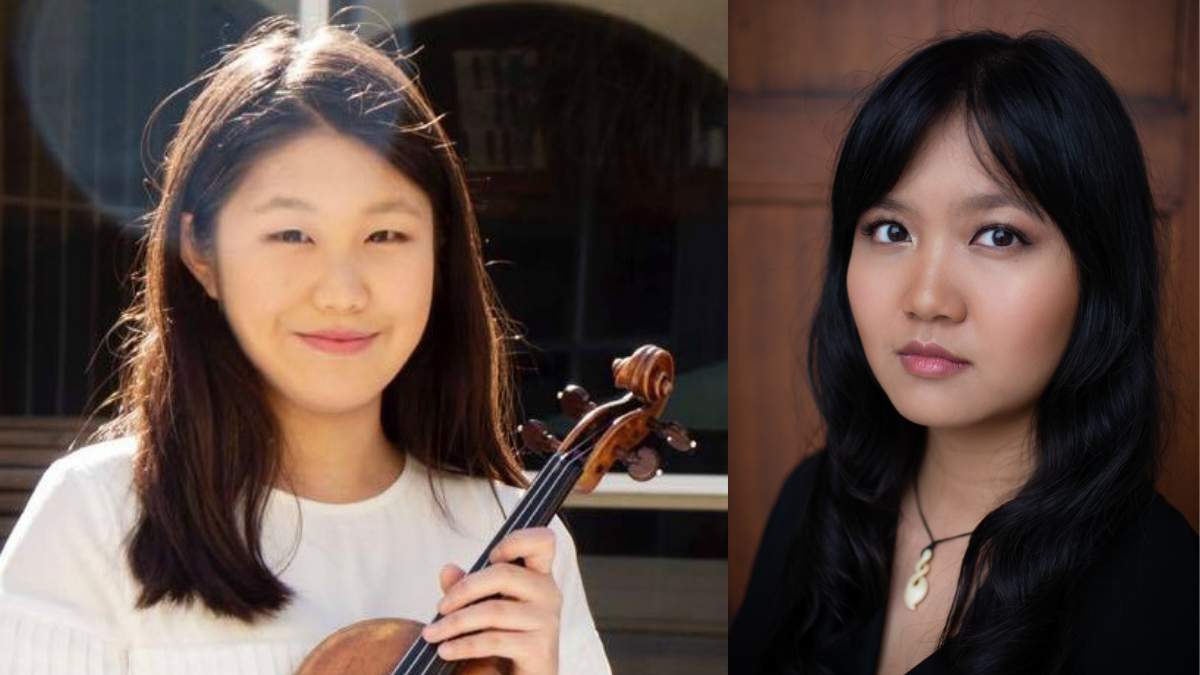 Two young Auckland performing artists have earned the recognition of the Dame Malvina Major Foundation in its latest round of Arts Excellence Awards for the Auckland/Waikato region.

Violinist April Ju has been awarded $3,000 and collaborative pianist Amy Chang $2,000 by the Auckland/Waikato Committee of the Dame Malvina Major Foundation towards further artistic training.

April, who is originally from Christchurch but recently graduated with a Bachelor of Music with First Class Honours from the University of Auckland, will be using the award towards her Master’s Degree at the Royal Academy of Music in London.

She says it is an honour to be a recipient of an Arts Excellence Award from the Dame Malvina Major Foundation and is very grateful for its support of New Zealand artists.

Amy, who has a Master of Music with First Class Honours from the University of Auckland, will begin training as an opera répétiteur at the Royal Conservatoire of Scotland this September on a full tuition fee scholarship, and will use the award towards living costs.

“It is well-known that this répétiteur programme is extremely demanding, and its students are not able to maintain a part-time job outside of it. The DMMF Arts Excellence Award is a considerable contribution to this, and I am immensely grateful for it.

“Receiving the award and the supportive comments from the adjudicator is not only partially lifting a financial burden off my shoulder, but also reassurance that I am on the right path in my music career.”

Adjudicator Jayne Tankersley said this year’s applicants were an astonishing group of young people with such advanced musical maturity and artistry.

“I was so immersed in their passionate and sincere performances. I believe every single one has the drive and intelligence to achieve so very much, and I look forward to seeing their careers progress.”