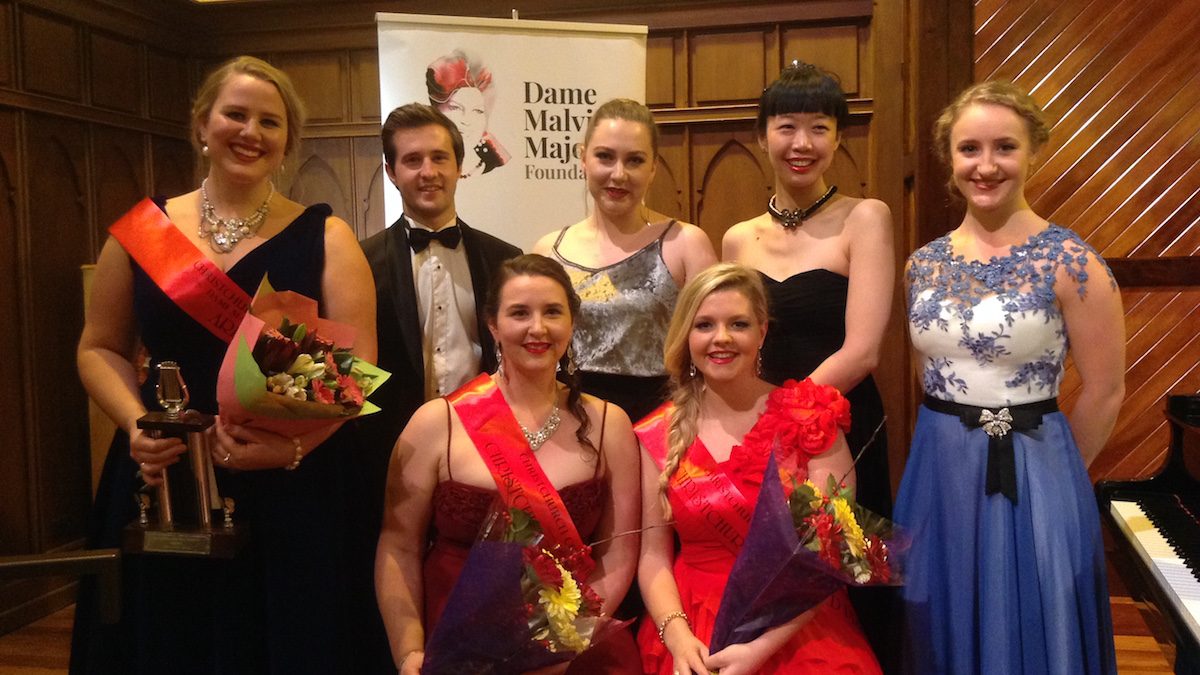 The 23-year-old competed alongside 14 aspiring young opera singers in Christchurch at the weekend, with seven going through to the Aria final on Queen’s birthday. Second place was awarded to soprano Ingrid Fomison-Nurse and third to soprano Sophie Sparrow.

Currently a Dame Malvina Major Scholar with New Zealand Opera, Eliza grew up on the stage, singing with her large Whangarei-based family.

She studied under Dame Malvina Major at the University of Waikato and last year was a finalist in the IFAC Australian Singing Competition where she was awarded a scholarship to study at world leading conservatoire, the Royal Northern College of Music in Manchester.

Eliza says it was a thrill to be named the winner of the Christchurch Aria, a competition which is very special to her.

“This was my fourth year participating and every time has been wonderful. The committee, volunteers and singers are so wonderful to work with and it was a fantastic night of singing from everyone, which makes the award an even greater honour.

“The prize money will go towards my studies at the Royal Northern College later this year – an adventure I am very excited for!”

She says the Dame Malvina Major Foundation has supported her singing even when she was just starting out.

“The Foundation saw my potential and have been so instrumental in getting me to where I am today. The work they do for music in New Zealand is incredible, so thank you to the Dame Malvina Major Foundation!”

Adjudicator Barry Mora says he was impressed by the camaraderie of the competitors and their support for one another. He encouraged all the singers and noted the huge role teachers, parents and accompanists play for singers at this stage in their development.