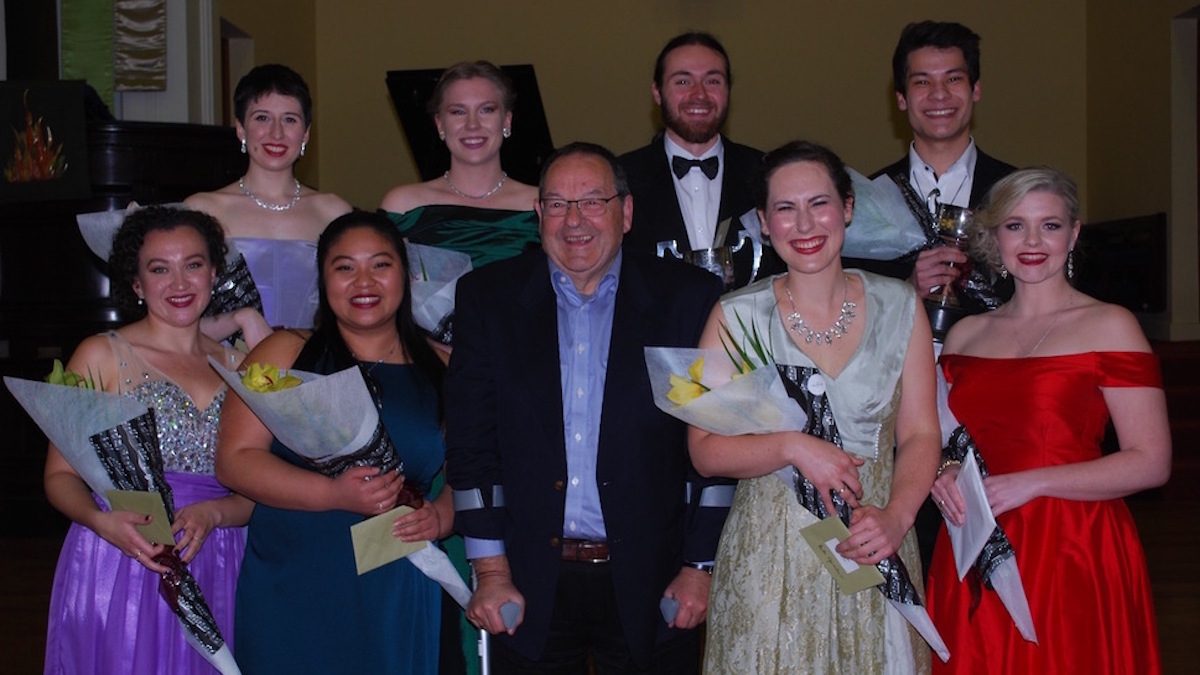 Baritone Will King took first prize at the Dame Malvina Major Foundation Wellington Aria on Sunday night, with a performance that blew away the audience, according to adjudicator Richard Greager. Second place was awarded to soprano Sophie Sparrow.

Originally from Auckland, Will is currently in his fourth year of Classical Voice at the New Zealand School of Music in Wellington under Margaret Medlyn. He was recently selected as a 2019 Dame Malvina Emerging Artist with New Zealand Opera and was runner up in the 2018 Becroft North Shore Aria Competition and third in the 2017 Dunedin Dame Malvina Major Foundation Aria Competition. Will is a member of Freemasons New Zealand Opera Chorus, Voices NZ Chamber Choir and the NZ Youth Choir.

The Dame Malvina Major Foundation Wellington Aria is organised by the Hutt Valley Performing Arts Society and was held at St Andrew’s on the Terrace over the weekend.

Richard Greager said he was thrilled with the line-up of finalists for the aria competition, who saved their best singing for the final after a weekend of giving their all.

“Will King was the clear winner for me and I’m sure the whole audience after his singing of ‘Possente spirito’ from Monteverdi’s ‘L’Orfeo’. Singing of that musicianship, style and quality is rare in New Zealand and I and the audience were clearly blown away.

“He reinforced this classy performance in his second aria ‘Hai gia vinta la causa’ from Mozart’s ‘Le nozze di Figaro’ which was superbly sung and characterised. He once again showed a wonderful sense of Mozartian style that was quite different to the requirements of the Monteverdi. A worthy winner and a baritone clearly with the potential to make a fine career.”

Mr Greager was also hugely impressed by the quality of runner up Sophie Sparrow’s performances.

“She possesses a stunningly beautiful voice that is versatile and exciting. Her musicality and vocal agility and range are astounding and it is rare to hear a performance of ‘Tornami a vagghegiar’ from Handel’s ‘Alcina’ as secure and brilliant as this was. The audience clearly appreciated her talent and I was very happy to award her the runner-up prize.”

Dame Malvina Major said the opportunity for these talented young singers to perform in a competition such as this is invaluable as they prepare for professional careers.

“Congratulations to Will, and to Sophie and the other finalists.”