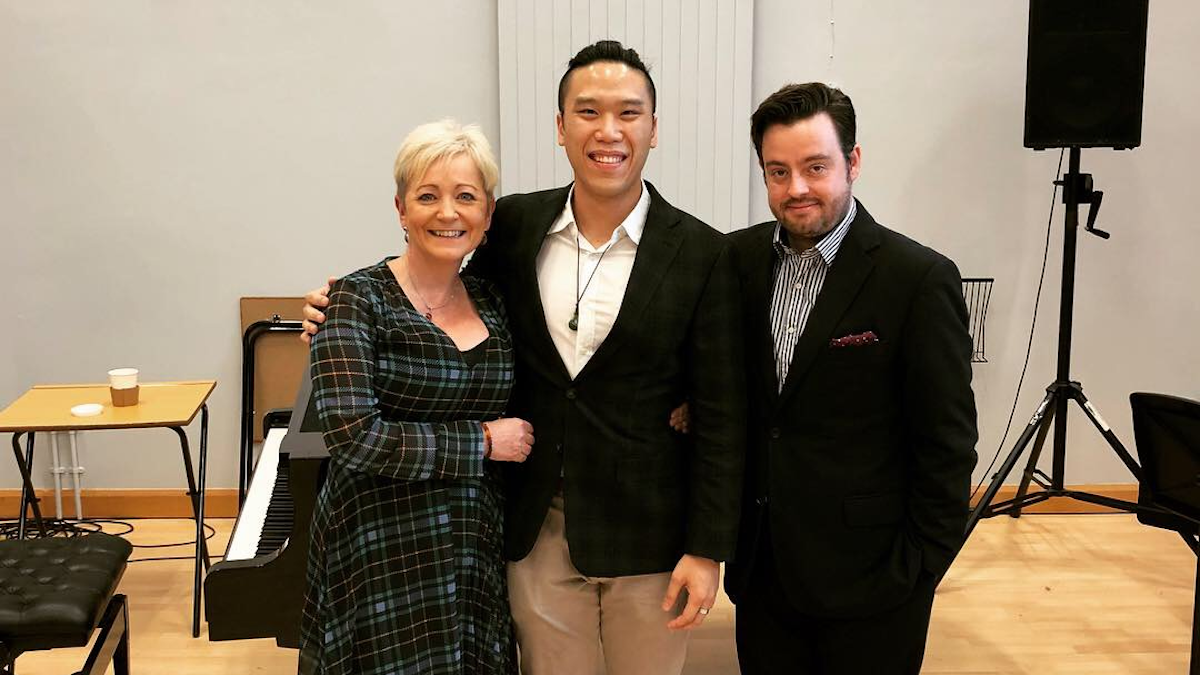 It has been nearly two months since term 1 began for DMMF artist baritone Clinton Fung at the Royal Conservatoire of Scotland.

“Much has happened during this time, adapting to a new lifestyle, getting to know the course and of course starting a journey with a new teacher. I have been assigned to a baritone specialist teacher named Scott Johnson, who speaks the same musical language as me, and we have an instant connection regarding which musical direction we are heading to.

Here is a brief run down on what a week in my program is like; The conservatoire focuses on giving the necessary tools to young singers in order for them to succeed in the field, and the main focus on our first year besides singing, is languages. Each week, we have four language classes (Italian, German, French and Russian) working on grammatical structure and the languages in general. During the week, we have three repertoire classes (Italian, German and French), and a performance class on top of that. Repertoire classes are mainly to work on art songs or arias of the specific language, and performance class is a platform for singers to work on performance skills by analyzing everything we do on stage and explore the depth of the repertoire that the singer presents.

Carrying on with the classes, we have acting class, Alexander Technique and movement classes, which includes yoga and dance. On top of everything, we have two singing lessons and a coaching a week. Overall, it is an incredibly busy program and it is one I am grateful to be part of. Last week, I had the privilege to work with 2013 BBC Cardiff Singer of the World finalist and audience prize winner – Ben Johnson – in a masterclass. On the same week, I was announced as the understudy of the role of Le Gendarme in the upcoming RCS Opera production of Poulenc’s Les Mamelles de Tiresias.

Looking ahead towards 2019, after Les Mamelles de Tiresias in January, I will be preparing for RCS Opera Scenes in March and an RCS production of Jake Heggie’s Dead Man Walking. It will be a full on year coming up and I will keep everyone updated with my progress. Just want to say a massive thank you for your support for getting me here to the UK, everyday is a blessing to be here and I am forever grateful.

Have a wonderful Christmas and New Years break, until next time, arrivederci!”