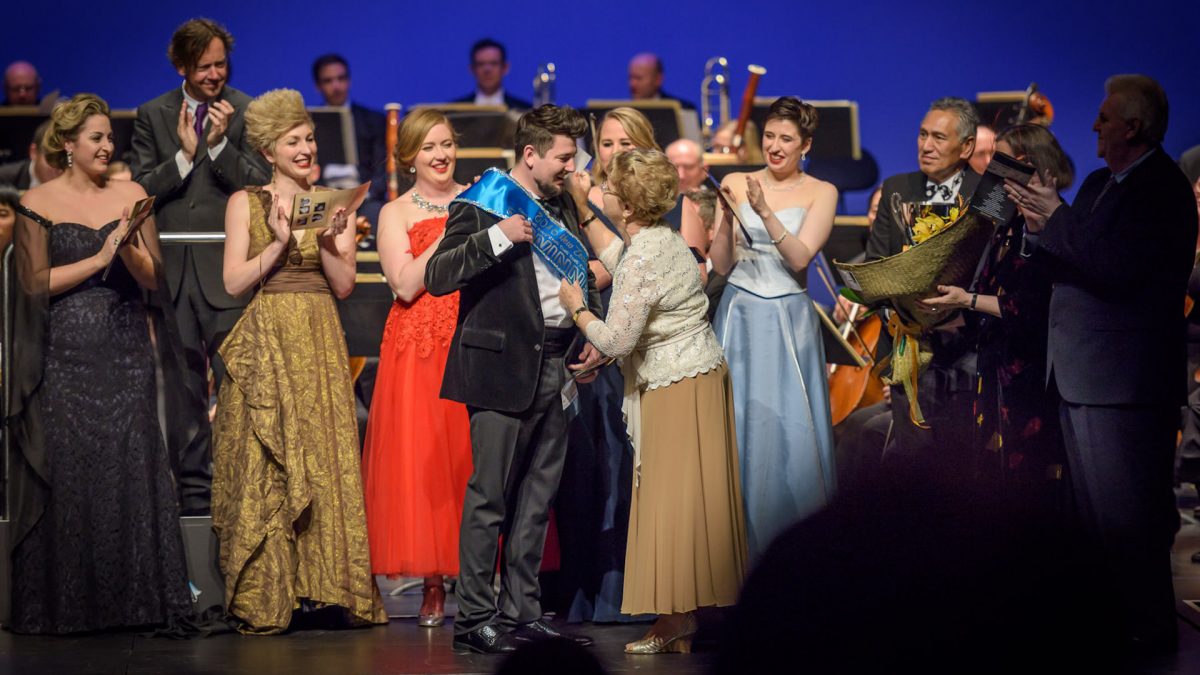 The singer, who recently completed a Master of Arts in Advanced Vocal Studies with Distinction at the Wales International Academy of Voice, “rose to the top” of a field of outstanding contestants according to adjudicator, Australian operatic tenor Glenn Winslade.

His fellow adjudicator, Sydney-based opera singer and director Luise Napier agreed that the calibre of the competitors was exceptionally high.

“There must be something in the water for you to produce such an overabundance of talented young singers in New Zealand,” she said.

The New Zealand Aria is one of Australasia’s most prestigious vocal competitions and has been held annually in Rotorua for the past 70 years, helping launch the careers of some of New Zealand’s finest young opera singers, including Pene Pati, Amelia Berry, James Ioelu and Isabella Moore. The Dame Malvina Major Foundation has been sponsoring the first prize in the competition since 2008.

Dame Malvina, who presented the first prize to Frederick, said it was a privilege for the Dame Malvina Major Foundation to be associated with the New Zealand Aria and to be able to invest in the future of opera in this way.

“All the singers demonstrated such talent and potential – the future is very bright. I wish Fredi the very best as he embarks on a professional career, and will follow his path with great interest.”

There are a range of ways you can “share the dream” – from making a regular or one-off donation, to leaving a bequest or sponsoring a scholarship or prize. Find out more