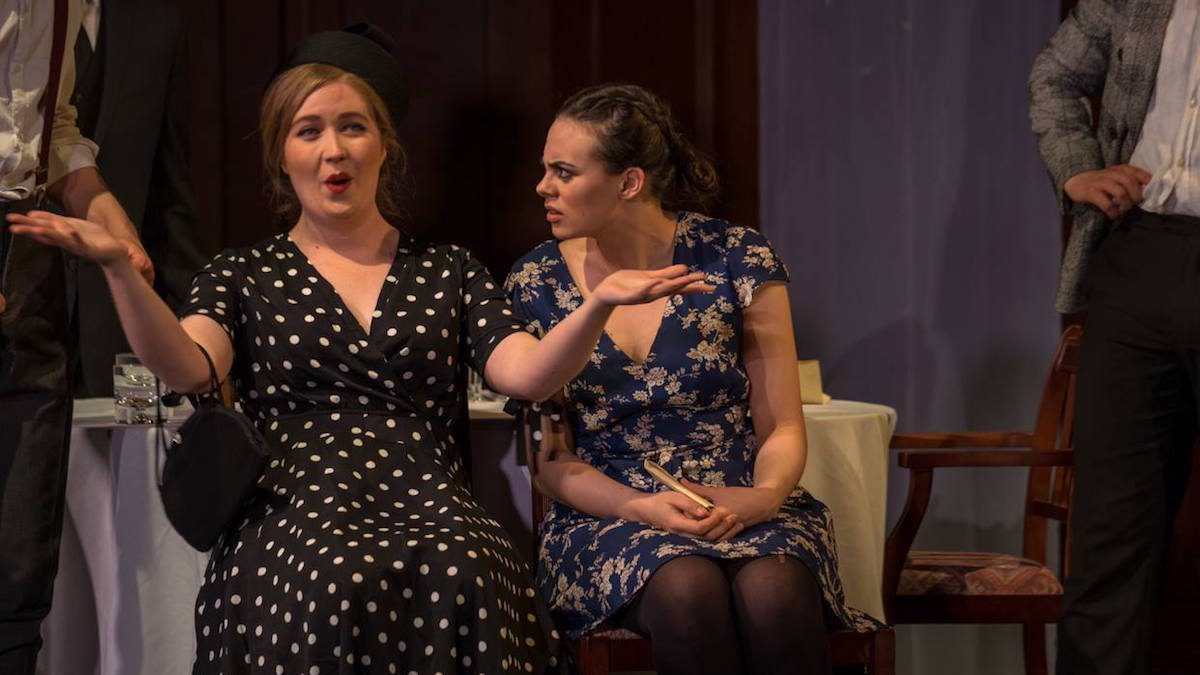 We are reaching the end of the third term here at the Guildhall, and I can’t believe that my first year is nearly over!

This term has been particularly busy and exciting, mostly as it involved two role debuts: I sang the Governess in Britten’s The Turn of the Screw for King’s Opera, and Marcellina in Le Nozze di Figaro for Bloomsbury Opera (within the space of two weeks – it was something of a rollercoaster!). The opportunity to do the Britten was incredibly exciting, as the Governess is a role that I have always wanted to play. Getting the complex music under my belt was certainly a challenge, but such a valuable thing to have done, and I learnt so much about the character through creating her onstage: after all, the Governess is as much a challenging role for an actor as it is for a singer. The role of Marcellina was perhaps less of a natural fit character-wise, but an equally useful and illuminating experience: finding her comic timing and air of misguided hauteur (as well as getting to sing the Act III sextet, which I think is a comical and musical highlight of the piece) was such a joy!

Over the last few months, I have had a number of external opportunities through Guildhall that have allowed for some exciting performance experiences. Singing a small role in the UK première of Jake Heggie’s Dead Man Walking alongside Joyce DiDonato and the BBC Symphony Orchestra on the Barbican stage was an almost surreal experience. I have loved Jake Heggie’s music for a long time, and Joyce DiDonato’s artistry is a huge source of inspiration to me, so being able to be a small part of contemporary opera being crafted by some of the world’s leading creatives was an incredible gift, especially when the work itself was so powerful and thought-provoking. I also very much enjoyed singing the soprano solo in Tippett’s A Child of Our Time for an LSO Singing Day under Simon Halsey.

Outside of Guildhall, I also enjoyed a wonderful day hosted by Dame Kiri at her house to work on some repertoire, alongside other singers from the inaugural Kiri Programme last year. It was fantastic to talk to Dame Kiri about the repertoire I am working on, and to get her input on my progress, as well as to work with the two coaches from the Jette Parker Programme whom she asked to work with us throughout the day. Not to mention, it was fantastic to get out of London on a beautiful summer day and breathe some fresh air! It is so lovely to have such a wonderful support network of New Zealanders in the UK, and working with Dame Kiri again on this side of the world was a great boost.

The end of term is approaching very quickly, so I am currently getting my repertoire ready for my final recital on the 15th of June. I have chosen to perform Britten’s Les Illuminations, which is a cycle that I have loved and wanted to perform in its entirety for a long time. I have been doing a lot of work on Rimbaud’s complex poetry in our French classes, as well as working on the cycle intensively with Yvonne, my coach for this term Jonathan Papp, and I am looking forward to some coaching with Sarah Walker and Adrian Thompson on the piece in the upcoming weeks. Alongside Les Illuminations, I have decided to explore the connections between Britten and Copland: Britten finished writing Les Illuminations while visiting Copland in America in the summer of 1939, and so to explore their transatlantic musical relationship, I am pairing the cycle with selections from Copland’s Old American Songs, which Britten commissioned to be performed at the Aldeburgh Festival in 1950. I will finish my recital with one of Britten’s few American folksong settings, Dink’s Song, to draw together their different musical styles. I have really enjoyed delving into the history and context of these works, and I feel that this freedom to curate my own programmes (including a lot of non-operatic repertoire) has been a wonderful and unexpected element to my first year at Guildhall.

Coming up soon, I will also be performing another of Britten’s song cycles, On This Island, that I have been working hard on throughout the year, in a colleague’s accompaniment recital. The other remaining performance of the year is one of the most exciting and nerve-wracking, as it will take place on none other than the Wigmore Hall stage: I will be performing the première of ‘Nothing More’, a composition for voice, clarinet, and saxophone that I have been collaborating on with a composer and an author within the school over the last few months. I have already had the chance to sing on the Wigmore stage in a rehearsal for the project, and I can’t wait to perform for real in this legendary acoustic.

After apparently unprecedented days of glorious sunshine (Londoners have been sunbathing in the park at the slightest opportunity!), we’re back to the grey, overcast Barbican that I have come to expect – but fingers crossed for a bit more summer… I can’t believe that we’re wrapping up the year already, but I’m very excited to be working on repertoire that I love so much to present in my final recital.

STOP PRESS! Yesterday, I performed live on BBC Radio 3’s ‘In Tune’ programme with brass ensemble Quintetta, as part of the BBC’s centenary celebrations of women’s suffrage in the UK. We performed Dame Ethel Smyth’s ‘The March of the Women’, the anthem of the suffrage movement, and Lucy Pankhurst’s ‘The Pankhurst Anthem’, which was written specifically for the centenary. It was such a special experience, and the recordings are available online here for the next couple of weeks (the interview segment with the ensemble begins around the 1hr 34min mark, or the tracks we performed are available under the “Music Played” listing). 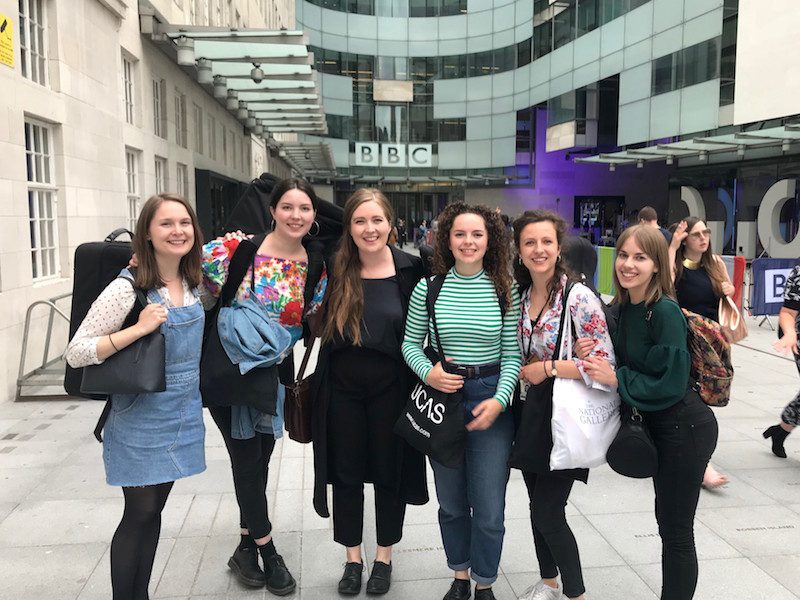