Sharing the dream in Taranaki

The Dame Malvina Major Foundation has firm roots in the Taranaki region.

From the New Plymouth West Rotary Club establishing the Foundation more than thirty years ago, to today’s longstanding partnership with the Toi Foundation (formerly the TSB Community Trust), the Foundation’s presence in the region has meant many hundreds of young performers have benefitted from much needed financial support over many years. Robin Brockie, founding Chair and current Trustee of the Dame Malvina Major Foundation, and current Chair of the Taranaki Committee, shares the history of the committee and its impact.

Since its establishment in 2009 the DMMF Taranaki committee has been on an amazing journey. The committee was initiated by a conversation between then Chair of the TSB Community Trust, Colleen Tuuta, and Dame Malvina about helping curate and administer grant applications from Taranaki students training in the performing arts.

The first task was to establish the committee and all the founding members agreed without hesitation. They were a formidable diverse group of talented and well-connected people who possessed a deep knowledge of teaching and performing arts across the region.

We made the first rounds of grants (two per annum) between 2009–2010 and annually after that. Today, at any one time, the committee will have a cohort of up to 150 students we are supporting. We are proud of our accomplishments over many years, directly supporting the development of in excess of 800 students and indirectly many more individuals and groups. The committee’s work has contributed immensely to the strength of the fabric of performing arts across the Taranaki region and beyond. Many of our students have gone on to national and international roles in their chosen fields including giving back to the community that supported them, through performance and teaching and mentoring their successors.

Without the support of the Toi Foundation, the committee’s work would not have been the success it has. There have also been many other individuals and businesses that have made invaluable contributions to our work. They know who they are and our ‘amazing journey’ would have been more challenging without their contribution – thank you.

“Toi Foundation (previously TSB Community Trust) has had a long history with the Dame Malvina Major Foundation granting over $1m to support Taranaki youth who are pursuing the extension of their education in the performing arts. Toi Foundation through its strengthening communities fund is committed to increasing people’s ability to access and participate in opportunities that meet their needs and aspirations. The Taranaki region has a strong reputation of a thriving arts scene and we continue to see this grow each year across a diverse range of mediums.”

Ballet dancer Sophie Sheaf-Morrison grew up in rural North Taranaki, but in recent years, has travelled around the world and across New Zealand for her art.

Like many other aspiring dancers, COVID-19 has affected her performing arts journey and expectations, forcing her to reluctantly return home only part way through her first year at the Alberta Ballet School in Calgary, Canada. Fortunately, the 16-year-old was accepted into the Chilton Ballet Academy in Lower Hutt halfway through 2020, and received funding through a DMMF Taranaki Arts Excellence Award towards her tuition fees.

“This experience has made me a strong believer in silver linings as I am now not only closer to my home, but I have found another family at the Chilton Ballet Academy and I have progressed immensely because of them. COVID has tested my resilience and adaptability, although I feel stronger because of it.”

Sophie’s aspirations are to continue ballet and dance training in a full-time training institute with the goal of a career in the dance industry. “It is my dream to travel to pursue a position in a professional ballet company. However, if COVID has taught me anything, it is to continue working hard towards these goals with an open mindset for what the future holds.” 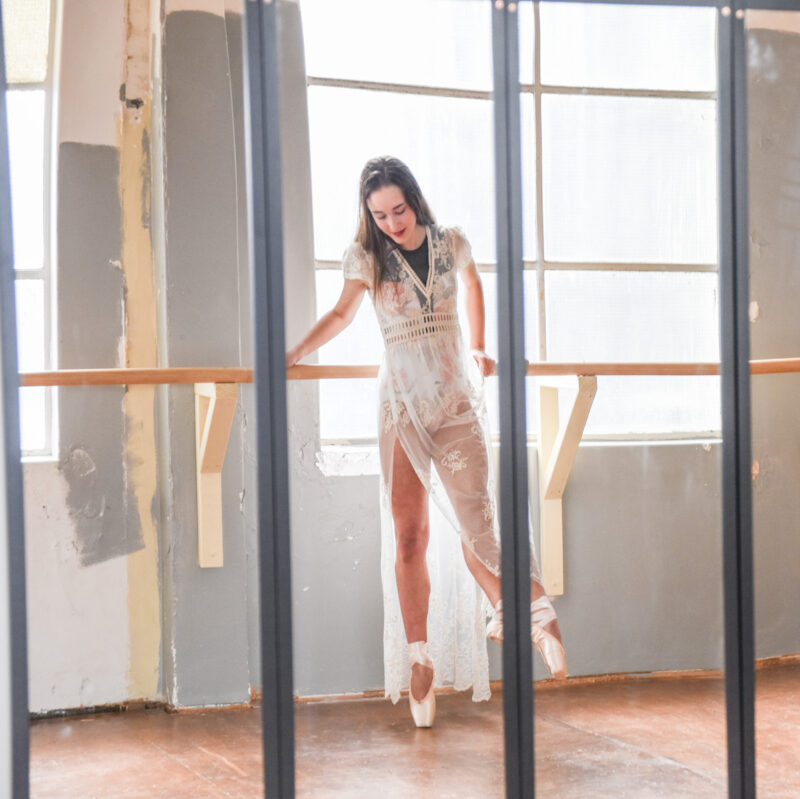 This article was originally published in Rhapsody (Summer 2021/22). Download the pdf.