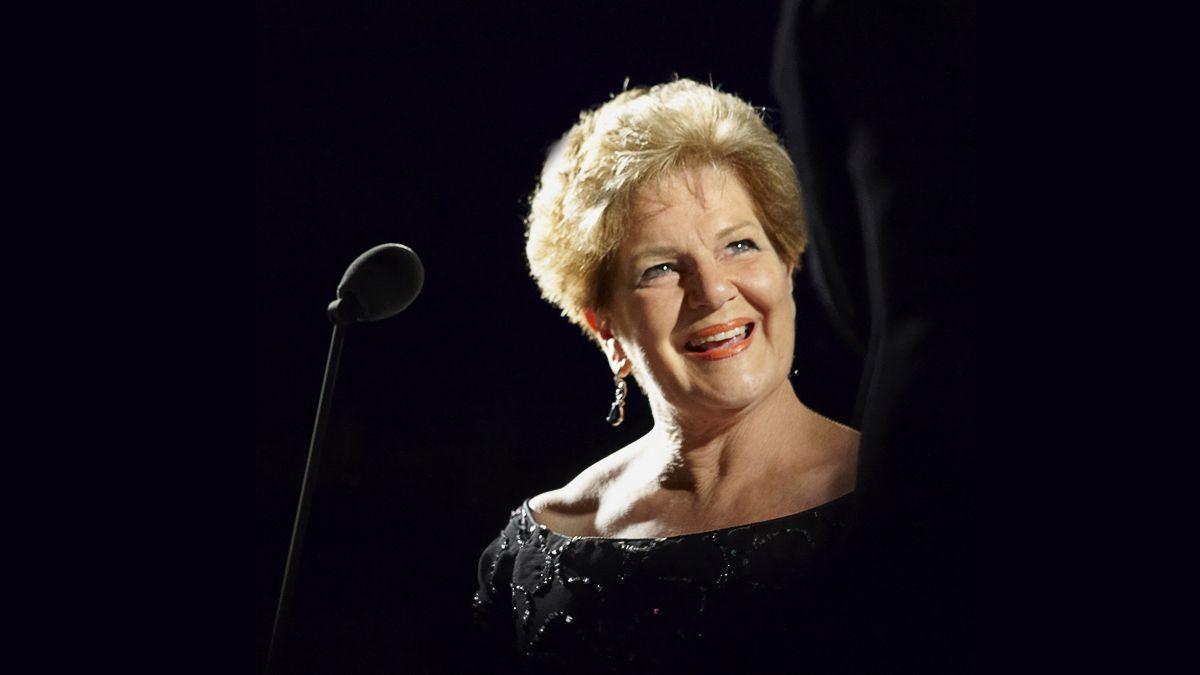 This year marks the quarter-century anniversary of the Dame Malvina Major Foundation, an organisation dedicated to discovering, nurturing and promoting new talent across the performing arts by means of grants, prizes and scholarships. The legendary opera singer rightly beams at such longevity.

“I certainly wasn’t sure we’d make to 25 years when we first began,” says the dame. “In fact, the foundation very nearly went under after a couple of years. It was very difficult to get the funds rolling in – we’re competing against national sports bodies and art foundations – and, you know, it’s tough being an independent group. It really is thrilling to have come this far.”

The foundation currently holds around $2 million, but needs to hit the $5 million mark to secure its future. That’s the aim for the next 25 years. I ask if it has become easier, with time, to secure the funds.

“No, not really! We were supported by Ernst & Young at one stage, who were fabulous to us, but times change and people move on. Now we have committees throughout the country who do a wonderful job of raising money for their communities.”

Aside from steering the foundation through some financial storms, Dame Malvina tells me she’s most proud of the fact that the they’ve branched out right across the performing arts to include the likes of ballet and theatre too: “We wanted to do do that from the off, so it’s very satisfying to have got to that position.”

It’s no doubt all the more rewarding for a performer who began her entertaining career treading the boards in London: “I really wanted to be a theatre singer in Broadway in New York, but I had a good enough voice for grand opera – which I went in to kicking and screaming!”

For the past 20 years, Dame Malvina has also taught, and is senior fellow and ambassador for the University of Waikato. I ask if she believes it possible that anyone can be taught to hold a tune.

“That’s a question I’ve asked myself many times. I think anyone can be taught to sing relatively well, and I think you can teach people who sing in choirs to sing better. But, as far as singing solo, I believe you have got to be born with that gift, I don’t really think it can be taught.”

She says students at the university are taught about theatre studies and performance as a back up as the performing arts are becoming ever more competitive, with grand opera notoriously difficult to break into: “Also, grand opera is a huge commitment. Women, especially, can get established in the theatre and still have a family and relatively normal life.”

The dame reels off a list of protégés she’s especially proud of, including a Kiwi highland dance world champion (“She even went to Scotland and beat them there too!”), and a show-stealing Samoan student who went from being “very green” to the “Polynesian Pavarotti of the South”.

Singing with her students, says Dame Malvina, is among her most treasured memories. There have been many others of course, such as performing at the Pyramids of Giza with the Cairo Symphony Orchestra (“Thrilling and terrifying at once”). There was also one particularly unusual request from a gentleman in Australia that has always stayed with her.

“A man in the outback had spent hundreds of thousands of dollars to restore a bird sanctuary, but had several strokes during the course of the work,” says the dame. “He wrote to me and said that listening to my recordings had helped him get through his illnesses. He asked if I would perform at the opening of the sanctuary.”

It is, I say a rather lovely tale.

Make a regular or one-off donation, leave a bequest, or sponsor a scholarship or prize. Find out more